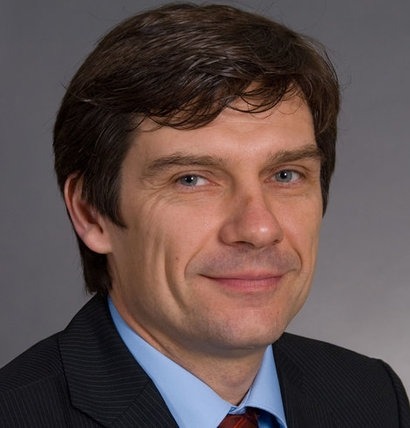 REM talked to Professor Weber to find out more about why he wrote the paper and what can be done to improve clean energy deployment in developing countries.

Can you give me a bit of background about yourself and also why you wrote the paper?

I am a Professor at the University of Waterloo and my research field is sustainable finance. In addition to being a professor, I am a SeniorResearch Fellow at the Centre for International Governance Innovations (CIGI, www.cigionline.org), a think tank that’s also based in Waterloo. I am doing some research for them as well and I did some on energy finance that resulted in the policy paper that you have read. So I am coming more from the sustainable finance perspective.

I’ve been involved in some G20 meeting on energy finance last year in Shanghai. I think, that because many developing countries do not have well established electricity and energy grids, it would make more sense to focus on decentralised energy and especially decentralised renewable energy that can help people to gain access to energy in remote regions. The problem is that it seems that those who usually finance energy are not interested in that topic because it’s small-scale and they are not used to these types of energy project. So I am interested in how this could work from a financial perspective. From a social perspective, these types of decentralised renewable energy projects could really help people, especially in developing countries, to have access to electricity and energy and improve their living standards.

So you are mostly interested in renewable energy projects in poorer, under-developed countries?

Currently, what is the situation in those countries with regard to financing those projects?

The problem is that generally the electricity is managed by the utilities. Very often in those countries they are not able or willing to deliver energy to rural communities because they have to build or improve the energy grid and that costs a lot of money. So you have a relatively good situation in cities, but a totally different situation in rural communities. The utilities and government focus on big money so they are unwilling to build the energy grid into the rural locations because it is quite expensive and not many people will use the energy. That’s why people in rural communities often don’t have access to electricity, to light and to other sources of energy. This is a problem in many developing countries.

Why did you choose Canada, Mexico and South Africa as case studies for your paper?

In Canada, especially Ontario, we have a Feed-in Tariff (FiT) programme to incentivise renewable energy. The program is similar to the German approach. Green energy producer get a feed in tarrif that is higher than the conventional electricity price.  This was used in remote communities as well. Usually, in the north, they fly in barrels of oil to produce electricity and to create heat. Mexico is quite advanced in that, although it’s not a Feed-in Tariff it’s more a a bidding system combined with the trade of credits. You can apply for a renewable energy project. If it is accepted, those that produce energy based on fossil fuels have to buy clean energy certificates from those that produce clean energy. In South Africa there are communities not connected to the grid and there is no incentive at all from the South African utilities to deliver the energy to these parts of the country because it’s just too expensive. So they build more power plants, but at the end having more power plants doesn’t really help.  The energy will only be delivered to industrial parts of the country and to bigger cities and not to other (rural) parts of the country. The problem will continue maybe, even though they have more energy sources and more power plants. It doesn’t really change the problem in the country. The problem is the grid and so decentralised solutions could help.

Of those countries you are talking about, which in your opinion have the most effective financial systems in terms of clean energy?

Costa Rica is quite advanced but it’s not really a developing country. I think they are nearly at 100 percent renewables, but of course they have a lot of water power as well. Of the developed countries, maybe Germany and Scandinavian countries. Generally, the EU countries are more advanced because energy prices are generally higher and therefore, renewable energy is already competitive. In North America California is quite advance. They have on some days more than 50 percent. Coming from renewables. South Africa, I don’t think there’s real success there, but in Mexico they have implemented a system that supports renewable energy. Generally, there’s a real gap in developing these renewable energy solutions, especially in developing countries. The main thinking is still that cheap energy is the way to develop economies. Externalities, such as carbon emission or health problems are often not considered.

How could things be made more efficient?

I think you have to get the big electricity utilities into the game in a way that is attractive for them. In Canada, for instance, they are obliged to over energy conservation programs. However, they do because they have to. The main business is still to sell as much energy as possible. This has to change. Utilities should be rather service companies that guarantee electricity and heat and do not deliver kW/h and cubicmeters of gas. They could implement solar panels at their clients roof and sell the electricity to them. This could be a kind of a leasing contract that does not cost anything for the client, but the energy used. Utilities are very powerful but they tend to think that decentralising renewable energy is competitive to what they do. The local projects that are not connected to the grid, and it seems that they can’t be influenced by utilities, but the question is why not? If they continue with their conventional thinking there will be no change, but if they start to think outside of they conventional business there could be change. I think another way is carbon pricing, if we have a fair price for carbon, renewable energy is competitive. Then, it makes sense from an economic point of view as well to focus on renewables. Another way is to do full cost accounting for health issues. A conventional power plant is a problem because you have polluted air and higher health costs. Nobody really takes these health costs into account if they calculate the price of the energy

If you look at Soutrh Africa as well as to Canada, it’s the same with the big utilities, they’re not really interested because they see the costs and new types of businesses they are not used to. They have to do something with regard to renewable energy, but they don’t really like to do it. We have all these good examples of projects that work, but nobody is looking at them and using them because they do not fit into the conventional business model. So to promote the business model could be a way forward to achieve clean energy access for those people who don’t have the energy so far.