Friday, 04 December 2015
0
Robin Whitlock
Highly skilled HR have been contributing to the decreasing technology costs in the renewable energy industry. However identifying the right talent pool in the solar industry might be challenging given the relatively recent events in the sector, particularly in emerging regions. Jamie Taylor, of Taylor Hopkinson specialises in recruitment to the solar industry in the UK. He provides a few insights on the situation to REM. 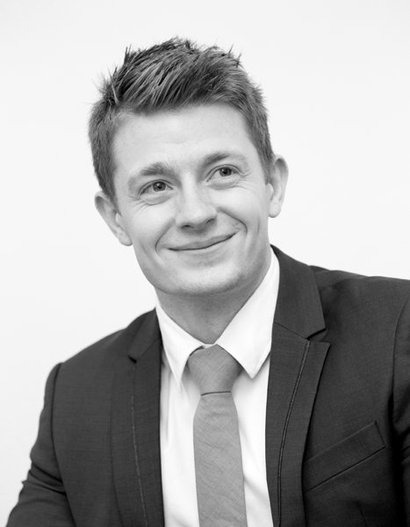 Tell me about Taylor Hopkinson and what you do, what your role is?

We were founded in 2009 by our Managing Director, Tom Hopkinson. He previously established the renewable energy team for a well-known general recruitment company and recognised the need for a recruitment business focusing exclusively on renewable energy. We now have three offices in Glasgow, London and Madrid. Our permanent recruitment is done from Glasgow and Madrid and our contract team is based in London. I joined straight after university and quickly took responsibility for the solar market. Traditionally our success has been in onshore and offshore wind and the solar market is now one of our core markets. It’s seen a huge amount of growth, especially in the UK and in emerging markets.

What kind of skills are we talking about here?

We recruit right across the project life-cycle so from the early stages of development right through to design and construction to operations and maintenance. We also cover finance and investment roles, so right across the project life-cycle in terms of the new talent coming from the universities and the range of different disciplines and types of graduate that are coming out.

What kind of financial impact has the input of new talent into the industry in recent years?

It depends. If we’re looking at the UK specifically or more on a global perspective. In any case, there is now a lot more interest in renewable energy, there’s a lot more university courses specific to renewable energy and renewable energy systems. There are a lot more graduates coming out and going straight into solar energy, solar developers, solar consultancies and all renewable energy companies. We typically recruit from mid to senior level, but with regard to financial impact, there are various different ways that we have helped to reduce the cost incurred by companies, some of them don’t have an internal HR or recruitment function so if they’re looking at recruiting, it might be that the Directors time is being used to do that. That time is worth a lot more when spent on what they actually do, so that is when we come into play and help with that, using our market knowledge and experience of the sector, the network that we’ve got, so we add value in that way.

Which universities in the UK specialise in the development of these necessary skills?

Most universities have some sort of engineering course and a lot of them are now looking at renewable energy courses as well but there is one in particular, at Loughborough University, called CREST – Centre for Renewable Energy Systems Technology – we see a lot of graduates coming from there with strong degrees. The University of Edinburgh has a Mechanical Engineering with Renewable Energy Systems course, from where we see a lot of graduates, not just people from the UK but also people from a lot of the countries in Europe coming over to do a year in these universities. The University of Nottingham as well has a Renewable Energy Electrical Systems course, so we’re seeing a lot more universities with specific renewable energy courses. So the talent pool is increasing on that junior level.

Where are the graduates from those universities most likely to end up? Will they be snapped up by businesses or go into research or a bit of both?

I would say a bit of both. It really depends on that person’s skillset and what they’re graduating in. We see a lot of people with degrees that are electrical or mechanical going into junior design engineer roles and working their way up. The knowledge and experience you can get from these larger companies that have established teams and are doing this on a daily basis, they’re going to see a lot of ‘hands on’ working and they’re going to grow as a result of that. In terms of the R&D stuff, we see a lot of graduates staying on and taking PhDs and so on and that’s where the technology innovation can come from.

What kind of things will they be doing? Examples of projects etc

It depends again on the type of graduates coming out, so mechanical and electrical graduates will go into junior design roles where they are responsible for designing and planning solar systems whether that’s roof mounted commercial systems or ground-mounted projects, and not just in the UK but on an international basis. Then there are people like town planners or people with geography degrees, they are more likely to go into front-end development positions, going out to talk to landowners to secure the land, getting plans through the planning process, speaking to the District Network Operators (DNOs) to get the grid connection. Construction engineers or any construction or civil engineering discipline, they will go into construction roles and work their way up. People on the finance side or with economics degrees, they’re going into London-based funds or consultancies, providing financial and economic analysis for these projects, seeing whether they are actually going to be feasible and whether investment companies are actually going to want to invest in these projects.

What kind of an impact will the recent government subsidy cuts have on this area?

It’s definitely having an impact. A lot of people are panicking at the moment and not knowing what to do. A lot of it is still up in the air and so it’s still a bit too early to tell unfortunately. There are a lot of redundancies being made at the moment. Some big companies in the sector have shut up shop and some international companies have left the market while there are rumours of other companies looking to do the same. A lot of the bigger companies are looking at growing their international arm. From a recruitment point-of-view, we’re seeing a lot of companies in a ‘wait and see’ period in which they aren’t really recruitment at the moment as much as they have been doing in the past. That’s because they don’t really know what’s going to happen at the moment. The most frustrating part of it is not knowing what’s happening.

In this particular climate, what kind of advice would you give to graduates?

It is certainly a massive growth sector, despite the ups and downs and the UK government announcements. I think it’s a huge growth industry, not just in the UK but worldwide. The technology innovation is bringing the costs down and that means the projects are becoming much more attractive to investors. We’ve got these targets in place that need to be hit. There’s still a lot of growth there to be had, so I think this is just a blip and that it will come back around and we’ll see the market pick up again and the growth will be there again.

So graduates shouldn’t be put off entering the market. I think it’s very interesting that there’s a broad mix of technologies, not just solar and wind but also so many new technologies, such as battery storage, which will be a huge game-changer in the market.