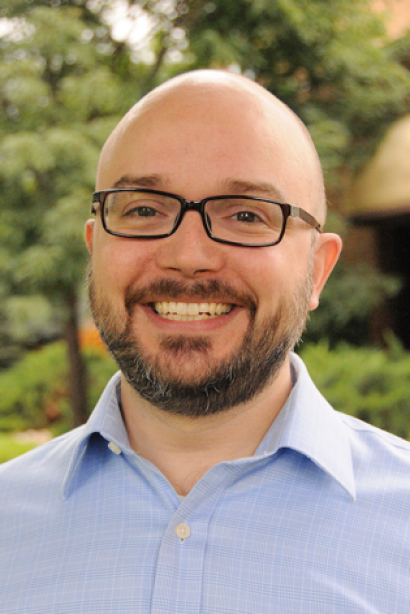 We know that Google, Amazon, and Microsoft are making massive investments in clean energy, but now banks like Goldman Sachs are also in the game. That’s because it’s become much easier to get involved when compared to the labyrinthine process of years past. The Rocky Mountain Institute’s Business Renewables Center (BRC) aims to enable corporations to procure 60 gigawatts (GW) of renewable energy by 2030. Recent developments have indicated a successful trajectory toward meeting this goal.

For instance, the BRC’s Market Analysis Platform is now available to members to help them identify regions where wind or solar projects are economically attractive. The BRC membership is now in excess of 200, over half of whom are corporate members. The corporate market has just surpassed 8 GW of contracted renewables. Goldman Sachs became the first US bank to sign a renewable energy power purchase agreement (PPA) in June of this year, indicating a shift to non-tech companies’ involvement. Finally, 2017 megawatt (MW) levels have rebounded from 2016, suggesting a positive growth trend moving forward.

The Business Renewables Centre is a programme of the Rocky Mountain Institute, which is a non-profit organisation that is focused on improving the way in which the world uses energy. That’s pretty broad, so within that, the BRC is focussed on helping non-utilities source renewable energy from utility-scale renewable energy projects. Imagine a large company that is otherwise not in the energy or electricity sector signing a contract with, for example, a large wind or solar farm.

Can you tell me a bit more about the investments being made in renewables by Google, Microsoft and other large companies.

This trend really began in around 2013. Prior to that we did see a few companies, such as Google, beginning to engage in these transactions. We at the RMI realised that if this was viable for those companies, perhaps other companies, if they had more of an opportunity to pursue it, would follow suit. Essentially, we saw a handful of first movers – Microsoft, Google, Facebook, Wallmart etc – they primarily represented the large IT companies from Silicon Valley and so forth, although Wallmart is a large retailer of course, we started meeting with them and understanding what they did and why and what the roadblocks were. We felt we could expand and broaden that market. We’ve seen that happen over the last several years. The market has increased substantially from only 70 MW of what we call corporate or non-utility procurement in 2012, to this year, to-date, over 2000 MW from these new transactions.

Apparently banks like Goldmann Sachs are getting involved too. Can you explain a bit more about that?

We’ve seen a variety of sectors now getting involved and financial services is one of those. Many of those firms have been involved in the financing of projects in the past, but we’re now seeing those firms actually signing the contracts themselves, as a buyer that wants to procure renewable energy and not just to finance projects. JP Morgan has also done a deal, Goldmann Sachs, this represents a broadening of the market, which is very exciting. Financial services, heavy industry, more retailers, consumer products, and so on.

How is BRC getting involved with all this?

We essentially do three things at BRC. The first is awareness. We want to help more companies understand what this opportunity is and how they might pursue it. It’s fundamentally outside of their core business operations typically, so it’s a transaction that looks like something they haven’t done before.

The second thing we have done is to build a community in this space. We have brought together over 210 companies now. They are either interested in entering one of these transactions as a buyer or are developing the projects or they’re touching the market in some way, so could be a broker or a consultant, accountant, lawyer, financier, but not a buyer or a seller but more of a service provider. Building that community and helping buyers getting comfortable with who these players are, learning from other buyers who have been through the process, asking about best practices and common roadblocks, those types of things.

The third thing we do is that we actually produce products to help this market function better. We pull together that membership I mentioned two times a year, and having discussions at these workshops about what the state of the market is, what are the existing roadblocks that have not been removed yet and what are some creative ways in which we could remove them, ‘we’ being the RMI as the NGO convener but also ‘we’ being the broader community to the extent that other entities want to become involved in developing those solutions.

Those products could be anything from written resources about common roadblocks, for example, managing the accounting of these transactions, which is a common hurdle; it could be something a little more transactional, so for example, we have published a term sheet pamphlet that buyers can use as they are trying to bid over the line internally with their different stakeholders, around what the transaction actually looks like, what is the structure, what are the risks and benefits and so on; and it can be other products that do things like improve transparency. For example, we’ve built a web platform where buyers can view the large renewables projects that are in development, and get a sense of what is available for contract that might meet their needs, without actually having to issue a Request for Proposals and start a more formal process. There’s a need and an earlier stage as they are exploring the space to understand what their options are, and who they would want to talk to, who the developers that are active are, and those types of things.

What particular technologies are you focusing on – wind and solar, but anything else?

Certainly wind and solar are the most popular, some hydro as well and also some biomass. Biomass for electricity but also increasingly, there is interest in renewable thermal power. Heating for either building comfort or for process heat in manufacturing, industrial processes, those types of things. That’s become a more recent focus as companies have started to become a little more comfortable with how to source electricity renewably, if they have other needs beyond electricity that they need to address.

Is the interest in renewables coming from particular states or is it fairly general?

In the US it is pretty general. These companies are interested in sourcing renewables because they have sustainability targets they have set, and they need to start making progress on those targets, especially if they have a particular timeline, say, 50 percent renewable by 2020 or something like that. Where in the US these transactions are possible is determined by whether there is a wholesale market. It is not so much a function of policy. In the US, the state-level policy is not a big determinant. It’s really more to do with whether there is a market that can be accessed directly as a non-utility buyer of energy. That’s the case in the majority of the US, although certainly not everywhere. Many of these companies have operations across the US and certainly internationally as well so it’s really based on where they have those operations. That’s the driver, less than it is the policy environment.

I would say this is a market that has started to broaden, particularly from 2015 for the past almost three years now. We’ve seen a number of new entrants this year and it continues to grow. We’ve not seen a let-up so far. 2015 was a boom year in the US, but that was mostly caused by the expiration of the few main Federal Tax Credits. Those were extended at the very end of the year, but before they were extended, most of the market participants were expecting them to expire and so accelerated a lot of yield. That was big fourth quarter but aside from that, we’ve seen steady growth and no signs that companies are moving away from this at all. If anything, we’re seeing more and more interest and engagement, because their stakeholders, shareholders and customers are demanding it. These companies are viewing themselves a critical path, a critical motivator to get their renewables on to the grid. If they see the policy environment coming out of Washington DC as less favourable they are taking on the mantle needed to drive this. We’re seeing more and more innovation but the demand has certainly not levelled off following the election or anything like that. If anything it is getting stronger.

Ian joined RMI after completing a master’s degree in Energy & Environment at Duke University. Among his activities there, he conducted an analysis of the feasibility and environmental impacts of incorporating renewable energy, energy storage, and energy efficiency into a proposed islanded microgrid to power an artisanal diamond mine in Sierra Leone and was part of a multidisciplinary faculty and student research team developing an energy disaggregation system.

In his first career, Ian practiced corporate law in Chicago, where he represented clients in energy utilities, energy management/controls, information technology, consumer products, and private equity industries in a variety of domestic and cross-border transactions.