Monday, 02 March 2015
0
Robin Whitlock
The North Carolina Sustainable Energy Association (NCSEA) 2014 Census confirms North Carolina’s $4.8 billion clean energy industry continues to lead the way in the US. The state was recently ranked fourth nationwide in solar power installation and is rapidly emerging as a model for economic competitiveness. According to the report, North Carolina’s clean energy industry has experienced approximately 15 percent annual increase in revenues since 2012, reaching $4.8 billion in gross revenues in 2014,up $1.2 billion from 2013. It also reveals annual job growth of approximately 25 percent since 2012 – outpacing the growth of other industries in the state. As the trusted voice of North Carolina’s clean energy ecosystem, NCSEA is dedicated to driving innovative and collaborative conversations with key stakeholders – utilities, legislators and customers – in order to build a thriving clean energy hub, with wide-spread clean energy adoption. Renewable Energy Magazine talked to NCSEA Executive Director Ivan Urlaub to find out more. 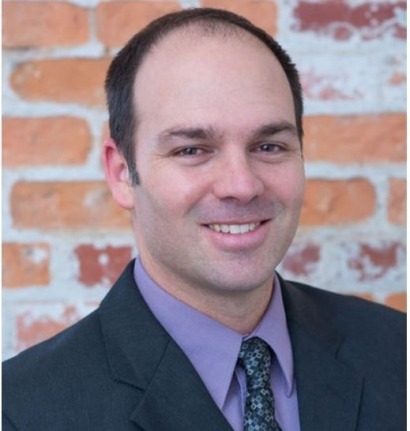 What is NCSEA and what is its role?

The North Carolina Sustainable Energy Assocation (NCSEA) is trying to create a sustainable energy economy for North Carolina. Operating on a daily basis, our team of over 2,500 members engage in matters to do with public policy, regulation and legislation. The foundation of US renewable energy policy and regulation was established back in 2005-7 and we needed a way in which we could measure the effectiveness of policy measures and report back to decision and policy makers. Starting in 2008, we found that we were increasingly able to achieve this through building databases and creating and engaging in ongoing dialogue with policymakers and anyone else with an interest in renewable energy. We’ve been able to show real benefits every year as a result of those foundational policies, such as tax incentives and Renewable Energy and Energy Efficiency Portfolio Standards (REPS), aimed not simply at maximising the amount of clean energy deployed, but optimising it in a way that maintains reliability and safety while improving resilience and security. With all of that combined, we’ve been able to show that clean energy has achieved the great impacts that you see in the report, and dampened ongoing rise in electricity rates, showing North Caroline is better off economically and thriving.

How much solar power has North Carolina installed so far and what are its plans for future development?

Installation of solar in North Carolina has exceeded 600 MW. Various entities have filed documents with the state regulator and overall over 9,000 MW of renewable energy has been registered, of which 6,000 MW is solar PV. Not all of that is expected to be built, but that is extremely promising nonetheless. If even a portion of that is built, North Carolina will maintain its leadership role in solar improvisation and development.

What other technologies has North Carolina deployed besides solar?

A unique one doing increasingly well is swine-waste-to-energy. North Carolina has more hogs than people and we are the second largest swine farming state in the US. Our policies made it possible for people in the renewable energy industry and agriculture communities to get together and innovate these energy technologies. They’ve been at it f or a long time and we’re finally starting to see these technologies deploy at an accelerating rate.

Smart grids are rapidly beginning to be deployed as well as other biomass technologies, mostly animal waste such as poultry-litter-to-energy. Wind power has not really taken off in the state, the main problem being that we have a large military presence in North Carolina. This in turn means there is a lot of radar and many flight paths along our coast lines. The state also has a very biodiverse environment with bird pathways and nesting grounds so wind developers must take a responsible approach when trying to decide where to safely put those farms, making it much more challenging than in other states deploying wind power.

What is happening in the state with regard to Building Efficiency?

Progress with Building Efficiency has been phenomenal. The recession is probably a major cause of this and so the construction sector has seen a great amount of activity with almost half (49 percent) of employment projects in clean energy being in efficiency, with the Building Efficiency sector accounting for 39 percent of the revenue in North Carolina. This generated a revolution in clean energy last year with the construction of new energy efficiency buildings being the primary driver. So not only is construction resurging economically, but a greater share is more energy efficient than we’ve seen in the past, which is confirming the demand for energy efficient solutions within the business community.

There has been very extensive development in North Carolina with regard to energy storage, growing by 50 percent. Over the last two years, most of the jobs generated by clean energy projects have been in energy storage. When we look at the market activity of manufacturing, of the clean energy sectors, energy storage has just over 800 jobs, and we expect that number to grow again this year and the next as firms are setting up manufacturing lines and hiring right now in the state. Energy storage technology in the state benefits from really good partnerships in lithium ion development, particularly in the 50 kilowatt to 700 kilowatt range. We are hoping to see extremely large energy storage deployment at the multi-megawatt scale with collaboration between the private sector, academia and the utilities.

What is NC doing with regards to smart grids?

The smart grid industry is robust. It is either the largest or second largest in the US with several academic centres working on software and power management and with deployment continuing to rise. Energy storage and smart grids are currently the two largest sectors exporting products and services out of North Carolina indicting a high demand for these technologies.

Where are the main R&D centres in North Carolina with regard to energy storage and smart grids? Is R&D in NC mainly collaborative or are there particular organisations devoting themselves to this?

There is a lot of collaboration between academic centres, such as UNC Charlotte’s world-class Energy Production and Infrastructure Centre (EPIC) and NC State University’s Raleigh FREEDM Systems Center. There is also collaboration between these universities and  South Carolina’s Clemson University on a host of fronts including intelligent grid, buildings, energy storage, solar, grid integration, DC facilities, software and data analytics, with national and international collaboration across the spectrum of private sector firms and the entrepreneurial community.

How is the market for these technologies looking at the moment?

What’s interesting to note about North Carolina is that our markets in the state have fundamentally different rules than some of the other leading clean energy states. Here, they are fully regulated with no independent system operator separate from the utilities and are vertically integrated into the grid system, which means independent solar owners or companies utilising clean energy or solar solutions, are not allowed to sell to anyone but the utilities. That significantly limits how the market happens and limits the financing options and innovation as well, and will be an important topic of discussion this year, particularly as Georgia looks to pass a law to create free market financing for solar because of the demand, which has skyrocketed. It is pretty clear that people are getting frustrated because the regulations means you can’t adapt and innovate, and adopt the intelligent grid and renewable energy solutions they want to and therefore demand is not being met. However, the market is expected to grow as policy continues to become more consistent for what consumers want and need.

There’s going to be a report released in late February looking at the economic impact, utility impact and the electricity rate impact of the REPS. We’ve done the study in 2013 and 2014 and what we know so far is that electricity ratepayers have seen their bills go up less than they would have without these policies. The policy itself has cost 65 to 70 percent less than originally expected, which has been a pleasant surprise, and further reinforces the value of these policies to consumers which have resulted in a dampening effect. There has been a net economic output of over $4 billion because of REPS.

To what extent have you seen other states and utilities follow the NC model?

We certainly see a number of states looking to our policies as a guide. Ohio originally followed the REPS model, but froze it last year. However, Georgia, South Carolina, Louisiana, Kentucky, Arkansas, Mississippi, all of them in the Southeast US, have picked up various aspects of our policy and leadership role. There is no other renewable portfolio standard in the Southeast like the REPS in North Carolina, but we have seen interconnectedness standards, avoided cost methodologies and standard Power Purchase Agreements (PPA) have become increasingly consistent across the region.

What are NCSEA’s ambitions for the future?

Our ambition is to arrive at a much more diverse energy portfolio that is affordable, accessible in the market and reliable. However, to get us there, it has to be resilient and clean in order to achieve a globally competitive and sustainable economy that is not only better off but thriving. We’re well on our way, but that’s the end game for clean energy and we are looking at significant industry growth across the board. It will also include private sector and international collaboration and there has been a fairly significant uptake in interest with that, particularly in North Carolina partnerships. This can only be done through education, innovation and collaboration between utilities, energy advocate, consumers and businesses that keep us on the path to securing a resilient and clean energy future.