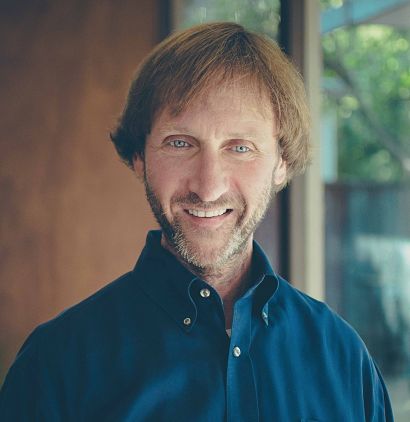 S2A Modular is the creator of the first-ever electrically self-sustaining custom luxury home, utilising high-end design and materials, faster construction speed, premium appliance features and smart-connected living. Self-sustaining power utilising Tesla Powerwall technology and solar panels, along with many other features enables surplus energy income to be generated by exporting power to utilities. The company is currently building a new MegaFactory with a floor space in excess of 100,000 square feet. This will enable it to build homes in a controlled environment with the latest state-of-the-art appliances, smartphone-controlled settings and other components already pre-installed.

REM talked to the company’s CEO Brian Kuzdas to find out more.

Tell me more about the company and what it does?

S2A Modular basically builds modular renewable energy smart homes, and not only homes but commercial as well. Apartments, homes, hospitality, we’re involved in all of that. I have a partner in John Rollins, he’s the President of the company and he’s been in real estate and construction for about 30 years now. His background is mainly construction. I’m 55 and I’ve been in real estate since 1985. My background is condo conversion and development as well. We came together as a team about a year ago to go 100 percent modular and to build a factory.

Where are these houses being built?

We’re starting in California, where both John and I live. We’re building a factory here, in southern California. I think initially the first 200-500 homes are going to be west coast based. We already have orders for about that number, California mainly, I would say about 90 percent of the homes. Then we have an order for 62 homes in Montana. It’s funny though, we’re getting orders from all over now, and we’re also getting orders in different countries. Instead of shipping those orders, we’re looking simply to build a factory in those and oversee them, almost like a franchise concept.

That’s interesting you mentioned other countries, which countries in particular?

We have three, actually four people in front of us wanting to do this, but three countries. China is number one, there are some people there who approached John and I asked if they could take the identical concept and put it in China. We would oversee all that. There’s someone in Mexico that wants to do the same, and we’re in very interesting talks right now with a company that wants to do this in Pakistan. We’ll see how it develops but right now John and I are focused on getting the factory running and moving forward in California and the west coast for now.

Who will be able to afford these homes? What is your target market?

In reference to who is our target market, we have the Mom and Pop who want to build their dream modular luxury home of about 2,200 square feet, there are people putting in orders for ADUs – Accessory Dwelling Units – which are tiny granny flats that sit behind a home, there’s self-sustainable and covering 600 to 800 square feet, apartment buildings, hotels, developments – in other words entire neighbourhoods, so it’s across the board.

Why did you choose Tesla Powerwall to support the whole design?

There’s a combination of things. It’s not just simply the Powerwall, it’s the solar roof tiles, the Tesla Powerwall batteries, a lot of the renewable energy smart home components inside the home, special geothermal heat pumps – either LG or Mitsubishi, we’re using specialised windows and doors and insulation, things that ultimately add up to a net zero effect to the homes. No particular reason, just a combination of many elements coming together.

What kind of smart devices are you installing in these designs?

Just exactly as I said. We haven’t made any final decisions as to who we’re going to choose. We’re in talks with a lot of suppliers who are coming at us right now, including Tesla.

I am thinking that you are partnering with a lot of companies on these projects...

Yes, absolutely, it’s not just one. It’s Amazon, Google, Tesla, Mitsubishi, LG, it’s a combination. There’s so many people coming at us wanting us to use their products, so we’re investigating everything as the factory gets built as to what eventual suppliers we’re going to be using. Those names I mentioned, most of them are very much in front of us and we’ll probably end up using all of them.

I also got that you’re building in an ability to export excess energy to the grid, is this via a Feed-in Tariff or some other mechanism?

It’s all based on the combination of components we’re using in the house, that allow us to not let energy to escape. Better doors, better windows, all that matters. That will allow us an abundance to actually sell back to the electric companies so that’s all in place.

How are the homes being constructed?

A lot of people think that modules are of a fixed size – you get the four walls, the ceiling, the floor. But many modules also come in parts and are built on the site itself. Everything gets trucked in. A bit like Lego. You might get panels or parts of a module fitted in place simultaneously. It’s all based on the need. Let’s say I get a 20 foot foyer. You walk into a home and look up and want to see 20 feet. You would put two modules together and have a fake ceiling on one of those so that you can open it all up. So you can pretty much do anything you can think of or conceive of on the traditional side, you can do that on the modular side.

Right now there’s a need in the construction industry to be able to move faster than the traditional model does. In the traditional model, you stop at night, stop at the weekend, stop when it’s raining, it’s just start-stop, start-stop. In the modular industry, you’ve got first shift, second shift, third shift. It really doesn’t stop. Because of that, speed is so important. If you take a 2000 square foot home, on average, and build it traditionally, it takes you about a year to get that thing from start to finish. In the modular, you can do that within about three months, total. It’s about a week in the factory – that’s about 90 percent of the home – and then it gets transported. It only takes a day or two to actually set and then you’ve got the final 10 percent of the building materials to actually finish the home off, so we tell clients about a three month timeframe.

Then there’s the cost. If you’re a homeowner and you’re looking to pay $700,000 to have a home built and you can save 20 percent, that’s $140,000. That’s huge. And if you’re a developer, sometimes deals can be done instead of not doing the deal, the investment side is really important.

Then we’re integrating all the smart home renewable energy on top of it and that’s what’s causing an extreme interest at this point.

That’s what I like about it, as it seems to offer a way in which renewable energy can be much more accessible.

A lot of people with all this great new technology out there that could create Net Zero, it’s difficult for the average consumer to go out and retrofit their homes with special windows and insulation and doors and all the special components and everything, because the home was built in the 1950s. Even if you’re putting the stuff into a home, you’ll capture some of the energy but there’s also a lot of the energy you will lose. It’s simply because it’s a 1950s house. Think of a Tesla car and taking that Tesla battery out and putting it into a fuel-injected Ford Fusion. It’s never going to work. So our concept is that if you’re going to start with the concept of running a home off a Tesla Powerwall battery, you’re going to need to surround that with specialised home components to capture as much energy as possible. So we’re starting with that concept and that’s the game-changer.

Tags: Renewable energy ,Wind ,China ,Solar ,Feed-in tariff ,Fuel ,Geothermal ,Grid ,heat pump ,Saving ,Transport ,México
Add a comment
john bond
I have read your article, it is very informative and helpful for me.I admire the valuable information you offer in your articles. Thanks for posting it..
Subscribe!
ocean energy