Tuesday, 27 October 2020
0
Robin Whitlock
Kiwi Power works with larger utilities, operators and energy storage owners and aggregators. In a conversation with REM, Kiwi Power CTO Gavin Sallery provides insights into how the right technology and software can help solve the challenges and changing needs of distributed energy, including the importance of real-time visibility and data information management to make optimised and efficient market-based decisions and forecasts. 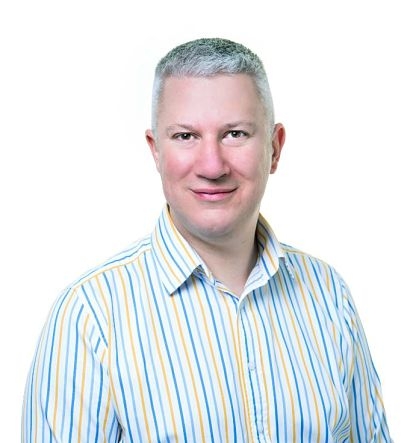 A key point, to explain why Kiwi has got an edge on the tech, I am an escapee from banking. I did it for 20 years, tech stuff for big banking corporates, all the big data, process, regulatory compliance, it actually turned out to be a very relevant thing for what we’re doing with distributed energy. I brought that to Kiwi Power, after having joined the company about four and a half years ago as CTO. Kiwi Power is really in the perfecting energy space, we are simplifying distributed energy through technology and expertise. The reason I joined is to apply those tech skills that are found in the broader enterprise world, to what is actually a relatively new domain for the application of cloud computing and real-time data feeds. Energy is ripe for applying this technology to the problem.

How important is real-time visibility and data information management to modern and future clean energy operation and power generation?

People have tried in the past to do roughly what Kiwi does, to monetise flexibility, and we think that without that real-time visibility confusion just creeps up. If you don’t know what your assets are doing, if you don’t know how much capacity is available, second by second, then when the moment comes to sell that capacity to the markets, the grid, if you don’t know what you’ve got, you’re in a state of panic. That’s not a simple, easy, experience. At Kiwi Power, we put a lot of priority on the real data. I already mentioned the banking background of a lot of our technology staff, you’re looking at sub-second pricing, milli-seconds count, millions can be made or lost. We bought the technology to enable us to stream data feeds, time series ingestion databases, and we’ve applied that to the problems of the energy space so that our system, Kiwi Core, has second-by-second visibility of all the asset performance and availability, and so when the moment comes for us to dispatch through our system, we know what’s there, we know what’s going to happen, and it’s a very simple smooth experience for whoever’s operating the platform.

What kind of systems and tools are now being used to achieve this?

Along with many others, we’re cloud hosters, so we’re using Amazon AWS, it’s not necessarily an enabler of that, real-time, but it is a good way to get the fundamentals right and also get that security that everyone is looking for in this space. We use a couple of techniques, there’s a database called Influx, it’s a real-time time series database, really, really good at ingesting huge amounts of data. So all those thousands of sensors and assets out there in the world, sending back second-by-second data is quite a lot of stuff to get in. It’s vital that we don’t drop any of that, so Influx does one thing well which is capture all those incoming data streams, put them on disk in the right order so you then process that information and then present it back to the users, so we use that very heavily.

On the client side, to display it, again we use web technology, a very common, very standard thing, but it’s the right way to display it to as many people as possible, and we’ve put quite a lot of investment into things like web sockets and real-time streaming, so that, once again, once we’ve captured that data, we can display it real-time as well, and that’s a continuous stream – there’s no refreshing of pages or a clunky reloads thing going on.

Who do you actually work with, in terms of partners, clients and so forth?

As well as our key supplier partners, I mentioned Amazon for AWS, we do have our own hardware, which is also a good differentiator – we have very good, very secure, low-cost acquisition and control of data, for those big legacy assets that don’t have the latest control systems. We have a device called The Fruit, which we can attach to the side of these things and gives it that real-time control. That’s built around a platform called Electric Imp, which has just been purchased by Twilio, which is a software-as-a-service (SaaS) provider, and they provide a secure, end-to-end channel, meaning we didn’t have to reinvent the wheel on that so we view them as a very secure supplier partner.

On the other side, it’s pretty public knowledge that we work with ENGIE, several parts of them. We’re looking mainly at utilities and increasingly at smaller companies who aren’t utilities in themselves but still have flexibility assets who are moving towards a more direct model.

What are the main advantages in terms of reducing greenhouse gas emissions and reducing costs for end users of clean energy, as well as for profitability of businesses involved in the sector?

Aggregators have existed for a while. They’re all roughly doing the same thing of helping people monetise those assets, so that has the benefit for the people who have got the distributed energy resources, it makes them some money and that supports the grid. Because renewables are an increasing fraction, the utility supplier base is going up so more demand response is a great way of avoiding to have baseload running. So in terms of CO2 emissions, the more you can respond to those short-term mismatches between supply and demand, the less you need to keep coal or nuclear, or whatever, plants running.

So that bit is the standard synergy. That’s been there for a while. The key advantage for our platform as we see it, is simplifying that experience, really simplifying distributed energy so that more people can participate in it. We see that as our key advantage. By simplifying the experience, putting all the experience we’ve built up as an aggregator over the past ten years into our platform, we have a scalable offering. A lot of people are not currently accessing DSR because it’s still quite complex, but as we simplify that, we push into a broader market, bigger adoption flexibility, lowest prices of flexibility supply, which is in turn better for the grid, better for the customers, and better for us.

How has this side of things increased in importance with the current COVID-19 pandemic?

An 18-month to two year break with coronavirus doesn’t really change the direction of travel. The flexibility trend is going to increase, there’s no way we’re on the wrong side of history on that one. An increase in short-term volatility, sure. National Grid in the early days of the virus had issues as to when they didn’t known when the peaks were going to occur and because of that we had some big dispatches. So on the short-term, yes, the pandemic has affected flexibility provision as people work out what the new norm looks like, and we’ve been a part of that. But on the long-term, I don’t think it’s going to change anything. We’re going to continue towards more wind, more solar, more flexibility.

How can these tools help with intermittency and balancing, especially when it comes to supporting the grid?

Intermittency is definitely a challenge. I think as we see more distributed energy resources going on to the grid, we start to see stochastic effects coming in. It’s very much “we’ve got one defined asset, when we call on it we expect it to run” and there’s penalties if you don’t. That’s fine if you’ve got thousands of assets providing the flexibility. I think as this really broadens out, particularly if we see widescale electric vehicle adoption, very likely, and you’ve got tens of thousands, hundreds of thousands of assets that can respond, you don’t look at whether the individual asset is doing its thing, you look at the properties of the group. You say “Okay, I know that if I call on a hundred electric vehicles, forty of them will be out to lunch, two will be recharging in a way that doesn’t work for me, and the rest are available”, so on average, we get 60 percent response or whatever it works out as. The fact that you’ve got the rule of large numbers kicking in there actually makes it more predictable. So we hope to ride that trend as more and more resources come online.

In what countries are you now active and what differences are there, if any, in the approach being taken in those countries?

We are active in the UK, France, The Netherlands, Belgium, Switzerland, Denmark, we’re not in Finland yet, North America, Canada, Japan, Italy very shortly. Twelve in total.

How do you think the situation will have changed in, say, ten years time?

I’ve already mentioned EVs and assets, let’s assume Kiwi is successfully in its aim and Kiwi Core is providing flexibility services to hundreds of thousands, or millions even, of energy assets worldwide, the prices of flexibility are going to come down, which they’re going to need actually because with the increasing volatility, if they don’t do something about this, they’re going to see it’s getting quite expensive short-term to match, as coal plants come offline. By the time that’s happened, ten years from now, I think we will have hundreds of thousands to millions of assets providing good value flexibility response without disrupting flexibility providers processes. You’ll have the knowledge and the platform as to how to not interrupt your industrial process or whatever the asset is embedded in, so we’ll actually have a smoothly operating synergistic system where flexibility is correctly priced, it’s balancing the grid, people are making money off it and actually is just a commodified solution. This will be just how energy is provided. You will be dealing with demand response and flexibility and we hope that Kiwi Power will be providing that flexibility to everyone.

It’s probably worth emphasising the complexity of where we are now. This stuff, aggregation, is hard. Even with someone helping you find the right forms, sending them to the grid, getting you signed up, doing the metering; dealing with the suppliers is a hard thing. It’s great that it’s working, great that it’s happening, but we think that by achieving this transformation to a simpler DER world, through our technology and our expertise, we can get so many more people on there, because we can take all that complexity away.