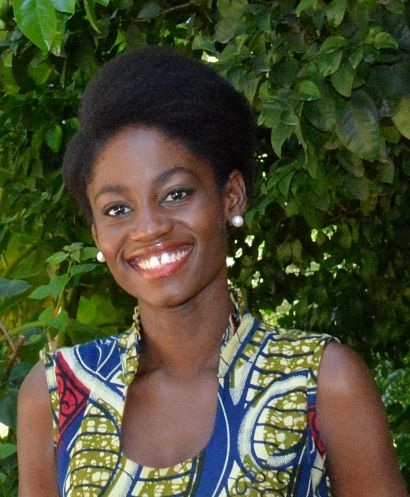 Astria Fataki is only 28 but she has been passionate about the energy sector for over a decade. Originally from Togo (West Africa), she has been working on implementing solar panels through Public Private Partnerships in West and Central Africa since 2013. She has launched an advisory firm, Isis Development (Implementing Sustainable Infrastructure Solutions for Development). Her clients are international investors looking for PPP (Public-Private Partnership) projects in Africa in the energy sectors. She has also created Energy Generation, an educational organisation to promote the energy sector to young African leaders through entrepreneurship and technology. She wants to prove that there could be technological and entrepreneurial innovations “made in Africa”.

Astria has spoken at various international events on energy, and received awards for her work, including the Young Leaders in Energy Access Awardin 2017 at the Energy Access Investment Summit in Lisbon. REM talked to her about solar energy in Africa and its future potential in the region.

Can you give me a bit of background about yourself and what you do?

Of Congolese and French origins, Astria was born in 1990 in Kinshasa. She was educated in the middle of these two cultures with an openmindedness and a natural love for inter-cultural exchanges. Graduated from a Master in International Public Management from Sciences Po Paris she has been passionate about energy development in Africa for over a decade.

Can you tell me a bit about the solar/renewables sector in Africa and how it is developing?

In very generic terms, Africa has been endowed with incredible energy potential in many ways. Thus, it is not surprising that it has a crucial role to play in the energetic transition that humanity is currently going through. It is essential that African leaders take greater interest in this issue, which is an issue of national sovereignty, so that this potential can best benefit the well-being of the people of their country.

The African continent has been the scene of several impressive "leap frogs". We constantly quote the example of the mobile phone sector or finance. Today, "mobile banking" as it was conceived for the African continent inspires new models beyond our borders. Dare to imagine the same scenario with regard to the energy sector!

It goes without saying that the rate of electrification in Africa will certainly go climbing. Solar technology, while not, in my opinion, a miracle solution, is becoming more efficient and affordable. The same goes for storage technologies, the cost of which keeps falling while production continues to increase. Current circumstances make it imperative for us to favour solutions that are increasingly decentralized, individualized, respectful of people and the environment. This is a great opportunity for Africa to take the lead on these issues by offering the world solutions that are simply revolutionary.

There is a general movement towards a redefinition of energy sources. The energy transition means that it is necessary to find new sources. The alternatives are mainly renewable. They are becoming more cost-effective. Africa is taking the train a little late. In other parts of the world, these technologies are well established in the energy mix. There is a political, economic will to invest in the renewable energy sector in Africa. Most international financial institutions no longer wish to finance conventional energy. We can be particularly optimistic about the development of these technologies in Africa. I've been seeing it for about ten years now that I'm working on project development: in the last couple of years, there has been an acceleration of projects, particularly regarding solar energy. Within the next 5 years, the majority of African countries will have at least 1 renewable energy project and probably 1 large school power station. In some countries it is solar, in Kenya it is rather geothermal.

Regarding solar energy, the costs are dropping significantly but it remains an intermittent and non-traditional technology that can not completely replace conventional energy (thermal generation) which remain a significant part of the energy mix. What will make the difference regarding solar energy, is the technologies of storage. African countries need to develop production, transportation and storage technologies, which are really made for the realities of the continent.

What are the main barriers to renewable energy development and electrification in Africa and how can they be overcome?

1. First, there is a legal barrier: countries do not have legislation that facilitates the development and structuring of projects. Even if a State had the wish to develop a program on itself, it would be difficult.

2. There is also a difficult access to adequate funding. The trend is changing but structurally available funding is not suitable for renewable energy. As it was the case until now, there were few functional projects because funding institutions were reluctant to invest. Things are changing but slowly.

3. There are technologies developed elsewhere for different realities and imported into Africa. It works but it is not optimal. Storage technologies are becoming more affordable but often have shortcomings: some are poorly heat-resistant, which is not ideal in the African context - often solar panels are installed in full sun and high temperature (It can go up to 80 degrees Celsius), storage batteries have very poor performance. The most affordable are not designed to operate at such temperatures. They need to be kept in air-conditioned rooms which increases the cost of projects. There are hopes with the new Tesla batteries but the total substitution of solar for conventional is not yet on the agenda.

4. Finally, there is a real lack of human capital. In Africa, there is not the same density of material and human resources available locally. It takes young people to develop projects, engineers to design, middle managers to manage projects, technicians to maintain projects. This is the missing piece. The projects use expatriates even for simple maintenance operations. Rural electrification projects are developed by start-ups owned by non-African founders with non-African investors with salaries and operating costs that are at odds with the reality of the project beneficiaries. Thus, if an international institution starts the construction of a solar power plant in Burkina Faso, a villager will pay the wages and the cost of people in the West. The business model is not viable in the long run if the balance of costs between the service providers and the beneficiary is so huge. That is why we must bring back maximum costs on the continent and to do this, human capital is a priority. It also makes it possible to keep resources generated by projects on the continent.

We must be carriers of projects, drivers of change: I have been working since 2013 on the development of photovoltaic solar power projects in Public Private Partnership (PPP). In 2015, I founded a consulting company named Isis Development (Implementing Sustainable Infrastructure Solutions for Development), in reference to the African goddess but also to the fact that the most emblematic infrastructure of humanity, the pyramids, are in Africa.

I also founded Energy Generation to make training a development tool: We train people who can join administrations to develop energy projects. For the financial part, we create a specialized investment tool to invest very small tickets in startups ‘Made in Africa’. It is not about infrastructure funding, but we are complementing the economic fabric. Today there are few or no African funds that finance such projects, with a cost between 10,000 and 200,000 euros. The funds start at 250,000 euros but are more comfortable from 500,000 euros. There are competitions, one-off grants by which entrepreneurs can find funding but it is not systematic. In the telecom sector, fintech is easier. In the energy sector, startups do not have an interlocutor for seed investments.

We train young people to become entrepreneurs, but we secure their career by giving them international diplomas, French, which allow them to have a competitive advantage on the labor market, with training focused on project management, the cultural context in which they fit. Out of 100 students enrolled, maybe 10 will really have a startup that takes off but the other 90 have the role of feeding the ecosystem - everyone wants to be entrepreneur but there is no one to recruit. There is a crisis of human resources and skills needed to grow initiatives. There are many entrepreneurs, but few have the means to take off. We also need middle managers.

Who do you work with, clients, partners, etc?

With Isis Development my clients are mainly international investors wishing to develop PPP projects in Africa in the energy sector.

Which countries are you working in/with?

Energy Generation is based in Togo and Ghana. We welcome young professionals from all over Africa. We have students from 14 different countries and a network of ambassadors in 24 African countries.

Through my position at AMEA Power, a comapny based in Dubai, that acquires, develops, owns, and operates thermal and renewable power projects in Africa, Middle East and Asia, I am in charge of West African countries : Mali, Togo, Burkina Faso, Niger.

What are your long-term goals and ambitions?

Ultimately, my goal is to work for African governments wishing to strengthen their internal expertise in this area.

I would also like, through Energy Generation to develop a sustainable offer for training young Africans to develop local energy projects, to use energy as a powerful means for socio-economic development to reduce inequalities.

Tags: Africa ,Solar ,Storage ,Renewable energy ,Geothermal ,Photovoltaic ,PV ,Transport
Add a comment
Abdul Raaj
Well done, my sister. It is refreshing to see a young woman involved in renewable energy in Africa; and making such strides. We at Suka are aspiring to get as many young women in the sector as possible. So if AMEA has a particular training programme that can help train young women and mentor them to transition into renewable energy business, we would channel our pipeline to you. It will be a fascinating collaboration. +233 240875083 or abdul (at ) suka . com . gh
¡Suscríbete!
storage