The Beating Heart of the House: An interview with Babar Baluch of SRS Works

Friday, 09 February 2018
0
Robin Whitlock
SRS Works manufactures Powercore, a domestic battery storage product for the UK market that COO and Director Babar Baluch believes could become the 'beating heart of the house' in the very near future, as ubiquitous as computers and mobile phones. 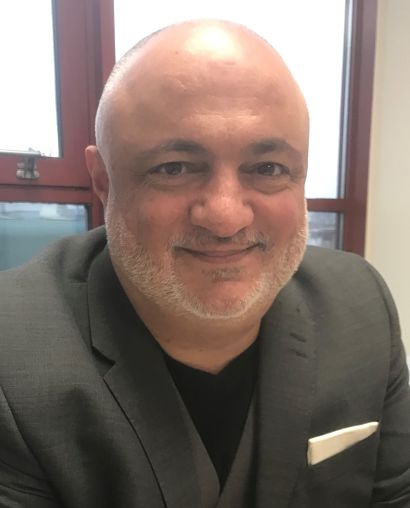 The company has been researching batteries, DC microgrids and thermal storage for a number of years and is also involved with many research projects for Innovate UK working with universities. It has also seen a rising number of enquiries from outside the UK recently. The company also specializes in EPC and project delivery, renewable energy consultancy and off-grid projects. It is now receiving around 6-10 enquiries a month about Powercore, of which it converts two or three into sales.

From this, the company has been able to observe a rising interest in battery technology for the residential renewable energy sector. However, it believes that progress in this area is being slowed by lack of education and awareness about the technology and perceptions around the payback versus current electricity prices. The company believes that this only temporary and that once a critical point has been reached, demand will soar and, very much like computers or mobile phones, every house will have some kind of battery installed.

REM talked to Babar Baluch, COO and Director of SRS Works to find out more.

Can you tell me more about SRS Works and what it does?

The company behind Powercore is SRS Works, formerly Solar Ready, which has been in existence for around 10 years. It was formerly a research and development company started by Raymond Luke. Patrick Winterbotham (DDI group) then invested in the company, he’s very interested in developing emerging technologies, in the energy and thermal storage arena.

SRS Works was formed, seeking to commercialise some of the ideas Solar Ready had been working on. What SRS works does is offer commercial solutions around renewables, such as LED lighting replacement PV, Battery Storage, & Micro CHP.

We have a business unit at Heathrow Airport, where we are working on the LED lighting replacement rollout. We have also installed a PV system on the roof of the Compass Centre, which is the Heathrow Head Office. We’ve also just done an off-grid car park barrier and at Heathrow, & an off-grid street light.  We have also installed a number of off grid CCTV systems for other clients.

We are very much seen as an off-grid specialist, people come to us with problems and we put together a typically low-energy or off-grid solution, depending on the project requirement. We do this on UK projects as well as abroad.

Solar Ready is a fee-based consultancy. We do a lot of work with Innovate UK on research projects. We work on a number of these sorts of projects at any one time. Most of what we’re doing currently is based around energy storage and thermal storage.  We are currently technical lead on the UK’s centralised storage pilot in Trent Basin in Nottingham.

With regards to universities, we work extensively with Nottingham University and have also started to do quite a lot of work with Cardiff University.

We’ve recently sponsored a PHD and Research Assistant for a project with Cardiff looking at inverter charger technology, looking at initiating a step-change in technology to make them faster, lighter, thereby improving overall battery system performance.

Tell me about the Powercore home battery

The Powercore is a domestic battery storage system. It was recently featured in The Sunday Times & Grand Designs Magazine. The product will be massed produced in 2018, manufactured in large numbers with a price that will be attractive not just in the UK but in countries all around the world. 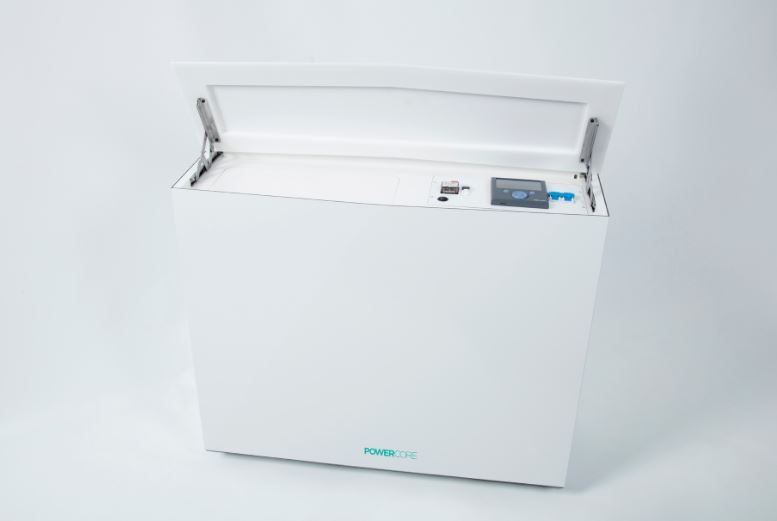 So that’s the scenario that the Powercore feeds into?

Yes. It almost becomes the ‘brain’ of the house. It controls and monitors and we can set up the hierarchy and the rules within it. We’re also working with Cardiff University looking at the housing association market (social housing), in collaboration with a leading aggregation company. We’ve done the initial testing, that will enable the Powercore to trade energy back and forth, the idea being we can aggregate large numbers of batteries and then return the energy back to the grid at certain peak times.

We’re working on that with Cardiff University, Cardiff City Council, & some potential project funders.  In the past Local authority PV roll out has been criticised in that it can be a bit of a postcode lottery with roof top orientation dictating who gets a system and who doesn’t.  With batteries potentially everyone can benefit.

How far away is this scenario you’ve just described and what stage of development is the Powercore at, at the moment?

The Powercore is ready, because a lot of it is software-driven, so you can buy it at the moment. With regard to the housing association. association scenario, we have talked to a number of housing associations, but it’s quite complex.  The main issues being: Creating a funding model that provides benefits to all e.g. The tenants, the landlord (HA’s) and the funder.  This can only be done working closely together with the Housing Associations, Tenants, Local DNO / National Grid & funders to work out a model that fits all. Firstly you’ve got the whole funding issue, in that the majority of housing associations are unable to pay for such schemes. Potentially by allowing us to pay them rent for the systems, we can provide them with long term revenue streams as well as the various other benefits from the project. The positive is the tenants will benefit from cheaper electricity and as such are protected from fuel poverty and rising energy prices which is a big plus.  We would also improve data inclusion as Wifi would be an integral part of the system.

As all HA’s have got slightly different rules and charters and so on, its take time to build a model that suits. Then there are all the legalities, licenses, & agreements that need to be worked through.

This is one of the major reasons for the project, with all the various agreements between the housing association, the DNO, the tenant, who is responsible for maintenance etc. This all needs to be detailed into a fully working model with deals lasting up to 20-25 years, so it has to be right from day one.

We have made some significant steps forward with all this and have got some housing associations who are keen, to engage in a trial. This will allow us to further progress. Once we have a blueprint for one, we’ll have something we can offer to the wider marketplace.

Moving on from the housing associations, there is no reason why we can’t offer the same sort of system to normal householders. That again would be a green tariff and, presumably, some type of system rental. When you talk to SSE or National Grid, all the rules around energy trading are subtly changing, so it’s a bit of a moving target at present.

How easy is it to install?

A couple of hours at most for the Powercore, and then the PV and so on is all standard stuff.

What advantage does this have over other systems?

We like it because it’s plug-and-play, it can sit outside as well as inside, it’s energy trading ready, it’s battery agnostic – which means as the technology changes we can change batteries over. The same for inverters.