The new 2018 tipping point for solar: An interview with Fergus Drake and Kate Hargreaves of Crown Agents

Thursday, 14 December 2017
0
Robin Whitlock
Crown Agents is an international development company that works with governments across the developing world. It recently released a report, on November 27th this year, claiming that 2018 will be the tipping point for solar adoption in the emerging markets of developing countries. It also particularly focusses on the impressive advances being made in off-grid solar. REM interviewed Crown Agents Fergus Drake and Kate Hargreaves to find out more. 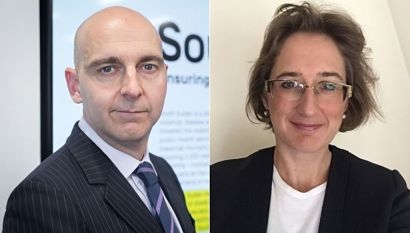 The new report 'The Solar Revolution', published by Crown Agents on 27th November, claims that solar power is on the cusp of delivering an energy revolution across the developing world. This revolution is being made possible by a dramatic fall in the costs of implementing solar projects coupled with massive advances in energy storage and monitoring technology. Financing, not technology, is the key to the solar revolution, the report argues. To help launch this revolution, Crown Agents are calling on donors and investors to shift their approach to solar.

So far, a preoccupation with upfront capital expenditure, and a failure to grasp the long-term return on investment from next-generation solar, have hampered the scaling of solar across the developing world. However, new technology has dramatically reduced costs. And this technology means off-grid solar systems can now deliver and store electricity consistently, allowing communities to be powered sustainably without depending on diesel generators.

Tell me about Crown Agents and what it does?

Fergus: Crown Agents is a social enterprise, so that means we bring the best of commercial agility to a public service ethos. We’ve been around since 1833 and used to be a government department until 1997 and then we were spun off and we are owned by a single share, by the Crown Agents Foundation, which is a not-for-profit foundation. We are working in over 100 countries, we have consulting work based on health and humanitarian and economic growth and government. We do training work – we have trained over 60,000, mainly African, civil servants in things like public sector reform and customs reform since the late 1960s. We have an in-house freight-forwarding agency called Greenshield Cowie and we also do supply chain procurement as well. Our vision is to transform the future for millions of people overseas.

Which countries in particular are the focus of this report?

Fergus: The report is mainly focused on some work we’ve been doing in the north east of Kenya, in the Kakuma refugee camp, but we’re also working on solar technology in Nigeria and we’re also about to establish programmes in Pakistan as well. It’s very much based on our on-the-ground experience of the changes in both the ability to understand power storage, as well as to accurately monitor power consumption going forward. That’s why we are so encouraged by 2018 and that being a tipping point for the use of solar globally at a grassroots community level.

How have those countries fared so far in terms of solar power development?

Kate: One of the reasons we’ve gone for new work in Pakistan for instance is that the Pakistan Government has got a very ambitious programme, and it’s recognising that a lot of rural communities have very poor access, so the Asian Development Bank is working with the Pakistan Government to accelerate a programme of off-grid solar for public institutions such as small health clinics, schools and mosques. That’s one reason why we started off in Pakistan, in fact when I was there a couple of weeks ago, the city of Lahore was engulfed in a thick smog that was caused by factory-related and government-related poor air quality and also vehicles on the roads, so there’s a very strong community interest there. Likewise, in Kenya, we putting in a programme, in a refugee camp, as Fergus mentioned, the World Bank has recognised that the underserved people of Kenya are particularly suffering from the lack of grid infrastructure and the fact that, in terms of the economics, it is highly unlikely that the grid will extend to these far out camps in Kenya.

What are the main barriers to renewable energy development in these countries?

Fergus: Historically, there’s been three main problems. You’ve got the perception of the very high upfront upfront costs, related to the view about the early installation costs of putting in solar. You’ve then got the concern about the power storage and how long, once you’ve got the power, you can hang on to the power for, and then once you have the charge, how do you accurately monitor that charge over the course of the energy you have.

The main changes, and this is what we highlight in the report, is that there has been this incredible fall in costs, the fall in costs of components overall. We’re talking 20 cents per kilowatt hour as opposed to 60 cents per kilowatt hour for generators. That’s because of falling PV panel prices overall. We’ve then got the energy storage issue, and this is the fascinating thing about the spin-off from the car industry, and obviously what Elon Musk and others are doing, the fact that we can now store, locally, energy that’s captured and be able to pull that down 24 hours a day, and that’s focused on the increased use of lithium ion batteries. Also, the third leg of the stool, so to speak, is the monitoring technology – our ability to see exactly where the energy is being used and be able to store that and stop it if it’s not being used efficiently.

Those three things coming together means that, actually, for an average, middle-income family in developing countries, there could be savings of US$100 to US$145 a month, which is obviously really substantial.

What partners are you working with in these countries?

Kate: On the solar side, we’re working with a UK-based entrepreneur called Africa Power Storage, they started out working with education in Africa, particularly interested in providing low-power PCs, providing a very useful little computer that only runs on 7 watts. With all the good will in the world, many of the second-hand computers that get sent out to Africa don’t turn out to be particularly useful because they run on 150 watts. We’re working with them now on their smart inverter, a smartphone inverter that converts DC to AC and it also has software that allows you to manage the load, distribute the power coming in, according to where it’s most needed. We’re trialling that, at the moment, in Zimbabwe.

What could the situation in developing countries look like in, say, ten years time?

Fergus: That’s the really exciting thing because, as per the Bloomberg New Energy Finance study, you’ve got this issue where we’re about to reach this tipping point where it’s not only more efficient to go solar but it’s also more efficient to actually start, as opposed to continuing, in those areas, so you’ve got a macro energy call and I think you’re going to have something similar to what you’ve seen in mobile phones where they’re going to leapfrog technology on the ground, so that there’s no need for very costly power stations in these countries because there’s a chance that everyone’s going to have their own mini solar farm. That’s not only going to support a family but also a primary healthcare clinic at school. All of this is coming from something that is a huge focus of the car industry and the ability to get far more usage out of these factories and for them to be cheaper. It would be wonderful if we could get to a stage where 600 million people in sub-Saharan Africa who currently have no access to reliable electricity, and everything that means for health indicators and education indicators going forward, if that’s not a problem then the ability to leap forward a generation in terms of GDP income is really exciting.

We’ve recently seen some really big names, such as Gates and Zuckerberg and Amazon, jumping into this area with a commitment of US$1 billion to a new low-carbon energy fund, but it’s going to take more than a small group of incredible philanthropists to do that. We really need governments, donors, an amazing environment on the ground as well with everyone showing that there’s a pivot to solar going forward. We can do what we can with some of our partnerships on the ground and being able to have a proof-of-concept, but it’s only when we have a switch at the macro level, and people are incentivised to do that, we can turn on the lights of the remaining people living without power.