Wednesday, 14 June 2017
0
Dan McCue
Lithium-sulfur batteries have great potential as a low-cost, high-energy, power source for both vehicle and grid applications. However, they suffer from significant capacity fading. 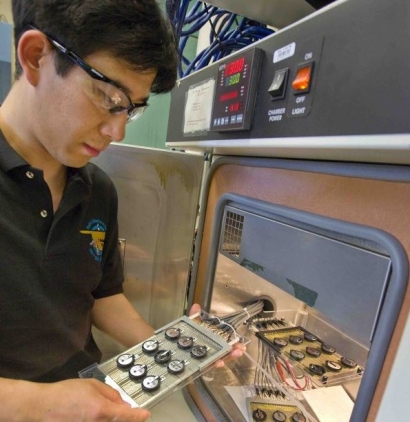 Engineers at the US Department of Energy’s Lawrence Berkeley National Laboratory have discovered carrageenan, a substance extracted from red seaweed, can act as a stabilizer in lithium-sulfur batteries. Better stability allows for more cycling and an extended lifetime.

The research was published in the journal Nano Energy in a paper titled, “Nucleophilic substitution between polysulfides and binders unexpectedly stabilizing lithium sulfur battery.”

“There’s a lot of demand for energy storage, but there’s very little chemistry that can meet the cost target,” said Gao Liu, the corresponding author of the paper. “Sulfur is a very low-cost material—it’s practically free. And the energy capacity is much higher than that of lithium-ion. So lithium-sulfur is one chemistry that can potentially meet the target.”

Rechargeable lithium-sulfur batteries have limited commercial applications currently, but the “critical killer” in the chemistry is that the sulfur starts to dissolve, creating what is called the polysulfide shuttling effect. In trying to address this problem, Liu was experimenting with the binder, which is the substance that holds all the active materials in a battery cell together. The team was searching for a binder that would be both economical and readily available.

“It turns out carrageenan…actually worked just as well as the synthetic polymer—it worked as a glue and it immobilized the polysulfide, making a really stable electrode,” Liu stated.

The results open up a new way of thinking about battery chemistry, Liu noted. “Scientifically, it’s a totally different concept, of a binder that is reactive rather than inert,” he said. “People don’t think that way. They think a binder’s function is to physically hold things together. We found, no, we need a way to chemically bind the polysulfide.”

Lithium-sulfur batteries have more than twice the energy density of lithium-ion batteries, which now dominate the market.