FCC to build €35.8 million motor oil recycling plant in US 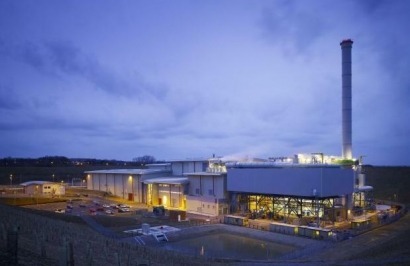 The facility, which the company says is just the first of many in the US, will be located on a brownfield site in Baltimore, Maryland.

“The U.S. lube oil industry has accepted re-refined base stock when it is of consistent quality, reliably supplied and competitively priced,” said Kenneth Cherry, executive vice president and general manager of FCC Environmental, the US subsidiary of the Spanish firm. “The Baltimore recycling facility will produce several cuts of base lube, as well as other high value co-products."

Cherry said the company believes the project aligns closely with the overall direction that the State of Maryland when it comes to renewables, energy efficiency and green technology.

The base oil obtained as a result of refining and recycling used oil will be sold and transported off-site via trucks and rail to be processed into diesel motor oils, transmission fluids and other lubricating products that meet or exceed industry standards and specifications.

The finished product will be returned to its original state, once the additive packages are blended offsite, as crankcase oil for both automotive and truck use, enhancing the sustainability aspect of its existing used oil collection efforts by FCC Environmental.

The recycling facility is expected to process more than 150 million litres (40 million gallons) of used motor oil each year and will employ 30 full-time people in technical, operations and support roles.

Vince Glorioso, the vice president of FCC Environmental who will be responsible for the operating entity running the Baltimore plant said the location provides a logistical advantage with respect to delivery of the used motor oil to the facility.

In fact, it is easily accessible to Interstate highways as well as capable of handling both rail and barge shipments.

FCC Environmental has had a presence in the Baltimore area for several years.

“We collect used motor oils and provide other similar services throughout the mid-Atlantic region, so we already have a sizeable volume of feedstock," Glorioso said.

The company anticipates breaking ground on the facility in mid 2012, following the issuance of State of Maryland and City of Baltimore environmental and construction permits. The plant is scheduled to be operational by mid 2013.