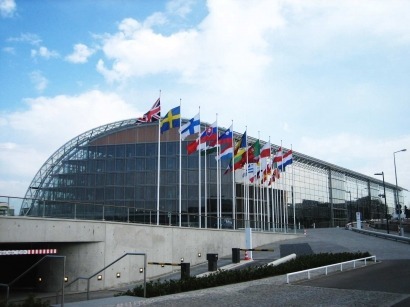 The EU's assistance comes as part of its "strategic partnership" with India and will be made available by the European Investment Bank (EIB) to ICICI Bank, India's largest private bank, in the first-ever cooperation between the two financial institutions.

It is intended to provide long-term financing for investments on a number of electricity generating projects, especially in the areas of solar photovoltaic, biomass and onshore wind power by private companies, thereby making a contribution to India's efforts to reduce greenhouse gas emissions, the EIB said in a press statement.

The loan is being provided under the EIB's Energy Sustainability and Security of Supply Facility (ESF), a €4.5 billion programme designed to reinforce the EIB's goal of promoting renewable energy and energy efficiency in non-EU countries.

This is the first cooperation between the long-term financing institution of the 27-nation EU bloc and India under the ESF programme, the statement said.

The ESF is used when the bank does not need a credit guarantee from the EU because the recipients are investment-grade countries or where appropriate security can be provided.

The EIB's loan for India will "support the EU-India strategic partnership, which provides for cooperation in curbing climate change", the statement said.

The projects eligible for financing will bring economic benefits to the region by enhancing the production of energy from renewable resources, reducing the costs for imported energy, expanding the use of domestic resources and curbing greenhouse gas emissions and other airborne pollutants.