Tuesday, 06 November 2012
0
Robin Whitlock
The Carbon Capture and Storage Association (CCSA), Nuclear Industry Association (NIA) and RenewableUK have united with a joint letter being sent to the Energy Secretary calling for swift progress on the Energy Bill and for the power sector to be largely de-carbonised by 2030 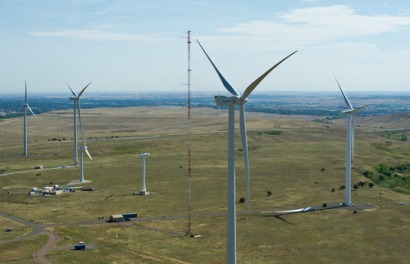 The Energy Secretary, Edward Davey is also being asked to promote the fostering of a low-carbon electricity generation mix, as well as recognising the need for swift progression to ensure that investment is urgently realised.

The three associations, representing over 1,000 corporate members, made the request in a letter to the Secretary of State today copied to the Chancellor, Prime Minister, Business Secretary and Deputy Prime Minister and Minister of State at the Cabinet Office.

The letter states that including a reference to the objective to largely decarbonise the power sector by 2030 in the Bill would reassure potential investors by lowering political risk and bring the cost of capital down for lower carbon generation.

The full text of today's letter reads: “As trade associations representing the three key low carbon energy technologies we very much support the Government’s objectives for reforming the electricity market. If we are to meet the UK’s energy security and climate change targets it is vital that the momentum is maintained in building new low carbon generation. We believe the proposed reforms should help raise the necessary investment. Like Government, we believe that a diverse energy mix is likely to be the most cost-effective pathway to largely decarbonising the power sector, which means investment in nuclear, renewables, and fossil fuels with carbon capture and storage.

“We also support the recommendation by the Committee on Climate Change that the power sector will need to be largely decarbonised by 2030 if the UK is to meet its long term emissions targets. If a reference were included in the Energy Bill to this objective, this would not only reassure potential investors by lowering the perceived political risks, but could also reduce the cost of capital for decarbonising the power sector. We therefore believe that this could be very important for investment going forward.

“Alongside this, it is important that the Government’s reforms are implemented as quickly as possible if companies are to plan their investments efficiently in these vital low-carbon energy projects. It is therefore essential that the Energy Bill should proceed without delay, with Royal Assent as early as possible in 2013. Any significant slippage could result in investment being
postponed, with major implications for associated new industrial development and jobs in a high-tech, high growth sector.”