Monday, 17 February 2014
0
REM
SunLife NGO, an English led charity with offices in Africa and the United States, is currently raising money through a crowd funding campaign to bring its breakthrough prototype, the MiniSun12H, from testing into final production. 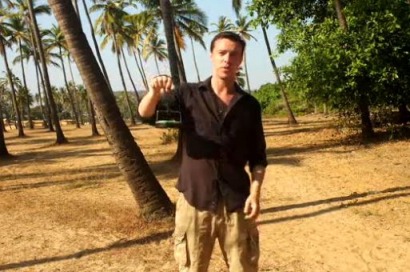 According to the organization, the MiniSun12H has a very real opportunity to replace dangerous kerosene in the homes of the 1.2 billion people that live ‘offgrid’ globally.  T

he MiniSun12H is a small, robust, portable solar powered LED lamp.  What makes this lamp a unique breakthrough is not only is it safer and brighter than the dangerous kerosene lamp that is the most commonly used form of lighting for most of the rural poor.

But it will also sell at about the same price as a kerosene lamp which is half the price of the current solar alternatives, the group says. Freed of the burden of purchasing fuel every week villagers could use that money to make dramatic changes, improving their lives and the lives of those around them.

“We have for many years strived to make possible the provision of a solar lamp on the market stall for about the same price as a new filled kerosene lamp, only when this happens will kerosene use diminish and villagers be able to save their fuel money," said Stephen Pearson, the founder of SunLife NGO.

These fumes kill an estimated 1.5 million women and children in Africa every year. Also the kerosene needed for the lamps is a constant burden on the household income for these very poor people, SunLife NGO says.

The real and significant impact that this product can have on the lives of so many is what prompted SunLife NGO to start their crowd funding campaign.  Having received good support online, in industry and environmental blogs, as well as on Twitter, the campaign for the MiniSun12H now has just over 14 days to run and needs more support to reach its target of $47,000.