Thursday, 28 June 2012
0
REM
The city of Nice and it's game changing Eco Vallée project have become Europe's epicenter of "smart" development. Uniting innovative practices in urbanism and mobility as well as eco-compatible technical and agricultural production with incentives for advanced R&D. This makes it a perfect choice of location for the Third Annual Smart Grid Smart Cities conference this September. 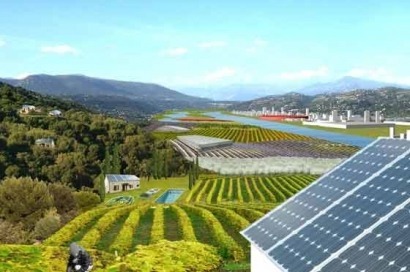 Nice is banking on the fact that the valley will provide an unequaled model for leadership and practice with regard to aligning its development strategy to align with the European Commission’s 20/2020 goals. But how far can this valley project its smart and green credentials? Aren't valleys by definition, isolated micro-environments?

Major of Nice, National Deputy, and Chairman of Nice Côte d'Azur Metropole, Christian Estrosi believes that the "Green City on the Mediterranean will set an ecological example on a European Scale". Judging by the industry firepower the project has attracted so far, the critics will be hard pressed to prove Estrosi wrong.

The magnetic appeal of the 'Green City' has attracted the attention of municipal and industry leaders from across the continent since the event's inception, and from 26 to 28 September 2012, many of the same leaders will join Mayor Estrosi in force to discuss integrating green development and smart grid into their agendas at the Third Annual Smart Grid Smart Cities conference.

France's largest project, NICEGRID, falling under the umbrella of the GRID4EU program, has attracted some serious players, which hope to refine their own Smart Grid and Renewable Energy offerings. On a technical level NICEGRID is very ambitious, some of its goals are to optimize use of a medium and low voltage networks with variable insertion into the renewable energy network, as well as more standard aspects such as research on the behavior of customers in independent consumption zones.

NICEGRID, managed by ERDF, is not alone. IBM Forum at La Gaude on the Côte d'Azur, has been a major center of innovation for over 50 years and is now contributing to IBM's "Smarter Cities" global challenge, which addresses a wide range of financial and infrastructure challenges such as transportation, energy, clean water and economic development. Finally there is Sofia Antipolis, home to smart grid projects by CSTB, and Mines Paris Tech which is running a Master's Degree Course in Smart Grids.

These centers of innovation are having direct benefits by helping to realize Eco Vallée's green and smart goals. However, they are also attracting talent and investment to further cement Nice's long term contribution to re-imagined urban sustainability.

[Inset: The Eco Vallée project in Nice, described by its developers, ERDF, as "a smart solar district".]