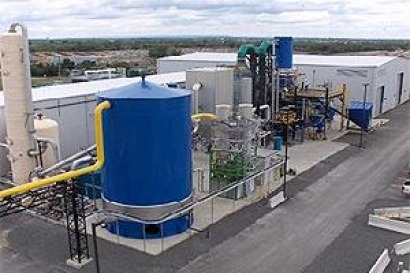 The facility will be built to the Plasco Conversion System (PCS™) design and will incorporate three proprietary Integrated Converting and Refining System (ICARS™) modules. Effective throughput of the facility will be 130,000 tonnes per year.

Under the terms of the agreement, the city will supply 109,500 tonnes per year of Ottawa’s municipal solid waste and has a right of first refusal to supply the balance of plant capacity. The first 20 years are firm with four, five year extensions at the option of the city. Construction is expected to commence in the second half of 2013 with commercial operation planned for the first half of 2015.

The city has leased to Plasco for nominal cost the site for the facility and will pay a tipping fee for each tonne processed of $83.25 per tonne, escalating annually at the rate of increase in the Consumer Price Index. Ottawa makes no other financial contribution and will have no other risk or obligation.

The city estimates that the deal will extend the life of Ottawa’s existing landfill by at least 28 years saving the city approximately $250 million in future landfill capital costs.

Clean, synthetic gas created from the waste fuels General Electric Jenbacher internal combustion engines, together with a steam turbine driven by heat recovered from the process and engines, to produce approximately 15 MW of net electricity that will be sold to the grid.

Residual solids are refined using Plasma to produce slag which meets requirements for a range of applications, including construction aggregates and abrasives. Moisture in the waste is recovered, cleaned and made available for reuse in the community.

There are no emissions to atmosphere in the conversion process. The synthetic gas is consumed as fuel by the engines with any unused gas sent to a flare. Exhaust from the engines and flare have emission levels significantly below the most stringent standards in the world.

The ICARS modules will be manufactured in Ontario and site construction and assembly of the PCS will create about 200 construction jobs. The facility will permanently employ 42 operations technicians.

Construction and operation of the facility will be subject to receipt of and compliance with the terms of Environmental Compliance Certificates to be issued by the Ontario Ministry of the Environment.