Tuesday, 27 September 2011
1
REM
Pegasus Global Holdings, a Washington, DC-based technology development firm, is building a full-scale town on 20-square miles of New Mexico desert in the US that it says will be an incubator and laboratory for green energy, smart grids, cyber security and other innovations intended to enhance the way people live. 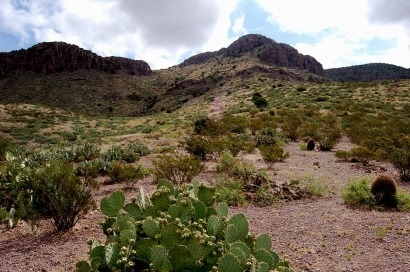 The Centre for Innovation, Testing and Evaluation will resemble a mid-sized American city, including urban canyons, suburban neighbourhoods, rural communities and distant localities.

It will offer the only of its kind opportunity to replicate the real-world challenges of upgrading existing city infrastructure to that of a 21st Century smart city, operating within a green economy, its developers said in a written statement.

“The idea for The Centre was born out of our own company’s challenges in trying to test new and emerging technologies beyond the confines of a sterile lab environment,” explained Pegasus Global’s CEO Robert H. Brumley.

“As entrepreneurs, we saw a global need and stepped up to address it. The Centre will allow private companies, not for profits, educational institutions and government agencies to test in a unique facility with real world infrastructure, allowing them to better understand the cost and potential limitations of new technologies prior to introduction," he said.

The Centre will be designed to represent the current mix of old and new infrastructure found in most modern US cities, and will provide the opportunity for researchers, scientists and engineers to engage in end-to-end testing, evaluation and demonstration of new intelligent and green technologies.

For instance, Brumley said, the controlled environment would permit evaluation of the positive and negative impacts of smart grid applications and integration of renewable energies for residential, commercial and industrial sectors of the economy.

The Centre will derive its revenue from access charges and user fees as well as from the sale of excess utility output, such as power generation, water treatment, and wireless infrastructure.