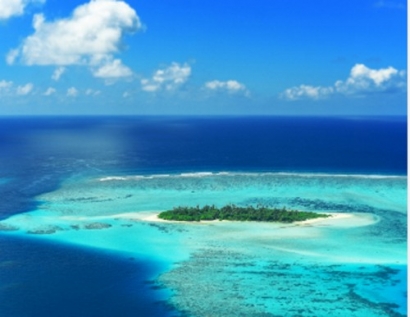 Global OTEC Resources recently moved to Newquay, UK. A team of four will run this office to develop the company’s innovative concept for using ocean thermal energy conversion (OTEC) especially for ‘off-grid’ resorts in the Maldives and Caribbean.

Recently, higher electricity costs, increased concerns for global warming, and a political commitment to energy security have made initial OTEC commercialization economically attractive in tropical island communities where a high percentage of electricity production is oil based. Even within the US, this island market is very large; globally it is many times larger. As OTEC technology matures, it should become economically attractive in the southeast US.

Managing Director Dan Grech said, “We are working with a number of luxury resorts to introduce ocean thermal energy conversion. Other forms of renewable energy such as wind and solar have not been proven as viable for meeting the energy demand of these resorts. This means that most are currently burning thousands of gallons of diesel daily (which has the disadvantage of high carbon emissions as well as volatile costs) so there is strong interest in looking at an alternative form of renewable energy. Our new concept meets their needs.”

The grant from Marine-I is funded in part by the European Regional Development Fund and aims to boost the marine technology sector in Cornwall and the Isles of Scilly, through accelerating innovation.

Grech continued, “Cornwall stands out as the ideal place to relocate our business. The next stage is to design a fully costed business model over the next six months. We are expecting to be ready to build our first ocean thermal energy systems at resorts in the Maldives within two years.”

Global OTEC Resources will work with technology partners DWR Offshore and Skentel to deliver this project. Richard Argall, OTEC Lead said, “Global OTEC Resources have a flexible and modern approach to commercializing OTEC. I’ve been involved in several projects in the last decade and a half with others who have tried valiantly to get huge OTEC developments off the ground. This project takes a sensible approach de-risking the technology, starting with small-scale niche applications like remote island communities and that gives it a stronger chance of success.”

Tim Wood, Project Manager concluded, “The timing is right. The team around this project is special in terms of its technical acumen. Its knowledge of the energy and offshore industries is world-class.”