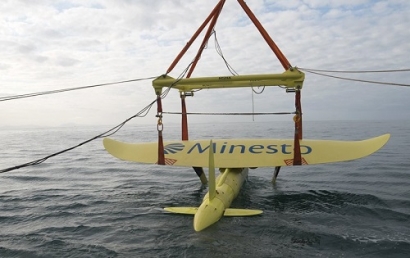 “The delivery of this project is in line with our product commercialization roadmap,” Minesto’s CEO Dr Martin Edlund commented. “It will … demonstrate Minesto’s Deep Green technology off the European Atlantic coastline, which is a substantial tidal resource neighboring many countries, all with the common need to make the transition to renewable energy systems.”

The Tidal Stream Industry Energizer Project, known as TIGER, is an ambitious €46.8 million project, of which €28 million comes from the European Regional Development Fund via the Interreg France (Channel) England Program.

The TIGER project has been developed to accelerate the deployment of tidal stream energy technology in France and the UK, bringing together 19 partners from industry and academia. This will be the first time that such a significant number of influential developers and stakeholders has been brought together in a single project to deliver a range of outputs that will support the tidal energy industry’s future growth.