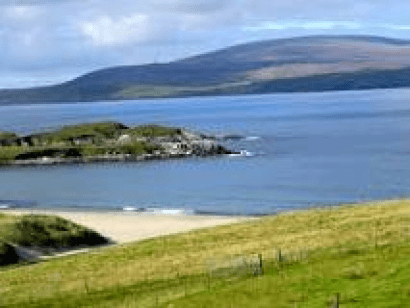 The guidance maps illustrate potentially suitable areas for wave and tidal devices, and cable landing points on the shoreline around Shetland, based on the level of likely conflict with existing uses and heritage features.

The maps are designed as a decision support tool, to assist in making more informed decisions about where developments are likely to be successful and where they are not.

The guidance will be integrated into the fourth edition of the Shetland Marine Spatial Plan (SMSP), due to be published in January 2013, through an additional marine renewables policy. The SMSP is one of the most advanced in the UK, and was first developed at the NAFC Marine Centre in 2006. The development of the Regional Locational Guidance was funded by Marine Scotland and the NAFC Marine Centre.

NAFC Marine Centre’s Marine Spatial Planning Manager, Rachel Shucksmith added: “Thanks to the support and input from local advisors and groups, including the local fishing industry and heritage organisations, we are confident that the new guidance will be an invaluable resource to marine renewable energy companies. The guidance will aid the development of a new industry, whilst helping to safeguard Shetland’s existing industries and important marine heritage.”