2018 Proves to Be a Good Year for Grenergy 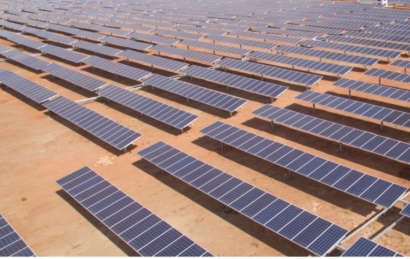 The company, which has been listed on the MAB since 2015, sacked 2018 at record highs of nearly €6 per share and with a capitalization of €142 million, more than four times higher than the value with which it jumped to the stock market just over three years ago (€31.36 million).

These figures come shortly after the company presented its results for the first semester in which it achieved an EBITDA of €5.14 million and a net profit of €3 million supported by its policy of asset rotation and its particular strategy of geographical diversification towards the Latin American market, a region leading the world renewable revolution, where it is implanted in Chile, Peru, Mexico, Argentina and Colombia.

In Chile, Grenergy signed an agreement in December with the South Korean company Daelim for the sale and construction of 12 PMGD (Small Means of Distributed Generation) solar plants with a power of 125 MWp and a total investment in capital goods of around €125 million.

Grenergy's recent business plan has also been well received by the investment community. Its objective of strengthening its position as an independent energy producer, as well as consolidating its geographical and technological diversification to reach 350 MW in operation by 2020, a net profit of €16 million and a fourfold increase in EBITDA has also been a driving force for the listed company.

According to David Ruiz de Andrés, executive president and CEO of Grenergy, "These numbers are only the result of a solid and very measured business strategy in recent years in the LATAM region. This is precisely what allows us now to refocus on Spain without taking our foot off the accelerator in our markets on the other side of the Atlantic.”