Thursday, 14 June 2012
1
Toby Price
The renewable energy boom in Germany continues to create new jobs. According to a recently published study for the German Federal Ministry of the Environment, the development and production of renewable technologies and the provision of renewably generated electricity, heat and fuel in 2011 already provided work for around 382,000 people in Germany. 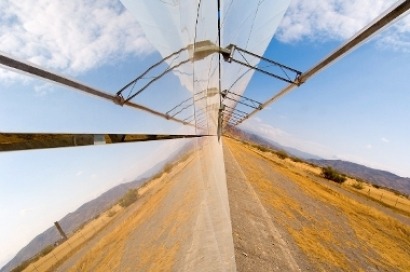 This represents an increase of about four per cent over the previous year and well over twice the 2004 figure. According to the study about three-quarters of the jobs can be attributed to the Renewable Energy Sources Act (EEG). With a total of 125,000 jobs directly and indirectly attributable to the industry, in the past year solar energy employed the largest share of workers in the field of renewables. Of these, about 111,000 are attributable to photovoltaics. This is followed by biomass, with 124,000 jobs, and wind power with more than 100,000.

Germany remains firmly committed to renewable energy as both a job creator and driver of technology exports. An example of this is a recent agreement between Germany and Tunisia to intensity their cooperation in the use of renewables.

During a visit in March to the German school of engineering in Tunis, German Minister of State Cornelia Pieper reaffirmed Germany's desire to expand energy cooperation with Tunisia. In January, the Foreign Ministers of both countries had agreed on an energy partnership. The aim is to intensify cooperation in the use of renewable energy sources, the improvement of energy efficiency, the reduction of final energy consumption and the reduction of greenhouse gas emissions. This is in regard to both the implementation of the Plan Solaire Tunisia, the Mediterranean solar plan with the goal of 20 gigawatts of solar energy by 2020, as well as the Desertec initiative.

The German Federal Government agreed its support so that all technological possibilities can be exploited. Primarily the aim is to better harness the potential of renewable energy sources in Tunisia. This opens up new economic perspectives and jobs can be created, said Minister of State Pieper. Prospectively in a second step the export of renewable energy to Europe could then also be considered.

Elsewhere, proof of Germany’s success at exporting home-grown renewable technologies can be found as far away as Thailand, where the first solar thermal electric plant in Southeast Asia has reached full capacity using “Made in Germany” technology.

On 25 January 2012, the plant in the Thai province of Kanchanaburi fed its full capacity of five megawatts into the grid for the first time. The power plant, which was commissioned late last year, is the first parabolic trough power plant in which the steam to drive a turbine is generated directly in the parabolic troughs.

Researchers at the German Aerospace Centre (DLR) were involved in developing both individual components and the overall concept of the plant. “This marks an important milestone in direct evaporation technology as for the first time the many years of DLR research into direct steam generation in parabolic troughs have resulted in a commercial venture. In the long term solar direct evaporation could reduce the cost of solar thermal power plants,” explains Germany’s Federal Ministry of Economics and Technology.

The power plant’s collector field was also built by a German company, Solarlite. It is operated by the utility Thai Solar Energy. More power plants are planned in the region.

A Memorandum of Understanding has also been signed by the Scottish European Green Energy Centre (SEGEC) and the German-based OFFIS-Institute for Information this month to further strengthen research and development in the field of smart grids.

OFFIS is a long established and influential German research institute with particular expertise in practical ICT solutions in the energy sector, specifically renewables and energy efficiency. SEGEC’s principal remit is to facilitate innovative, collaborative, low-carbon projects by supporting access to EU funding. The collaboration will focus on the development of technical concepts and consortia for R&D projects applying for EU funding.

“Restructuring the energy supply system towards renewable, yet fluctuating sources like wind and photovoltaic energy is a mayor challenge which cannot completely be mastered by national efforts only. It rather requires joining hands on the European level,” comments Prof. Dr.-Ing. Wolfgang Nebel, chairman OFFIS. “SEGEC and OFFIS have complementary skills and expertise in this domain. This agreement builds the basis to continue our effective cooperation to the mutual benefit of both organisations as well as for strengthening Lower Saxony’s leading position as state of low-carbon energy supply.”

Scotland’s First Minister, Alex Salmond, said last week that the agreement between SEGEC and the OFFIS-Institute for Information Technology will help “ensure Scotland's, Germany's and Europe's vast renewables capacity is opened up to wider markets in the longer-term”.

Renewables Made in Germany

Tags: Germany ,Solar ,Renewable energy ,Jobs ,Europe ,Grid ,Wind ,Solar thermal ,Photovoltaic ,Energy Efficiency ,Efficiency ,Biomass ,Fuel ,Smart grid ,Electricity ,Solar thermal electric ,Carbón
Add a comment
YoSsnuRnqXlkdDnto
hello there and thanks on your info ? I've dfienetily picked up something new from proper here. I did on the other hand experience some technical issues the usage of this website, as I experienced to reload the web site lots of occasions prior to I may just get it to load correctly. I have been pondering in case your web host is OK? Now not that I am complaining, however slow loading circumstances occasions will sometimes affect your placement in google and can injury your quality rating if advertising and marketing with Adwords. Well I'm adding this RSS to my email and could look out for much extra of your respective fascinating content. Ensure that you replace this again very soon..
¡Suscríbete!
pv