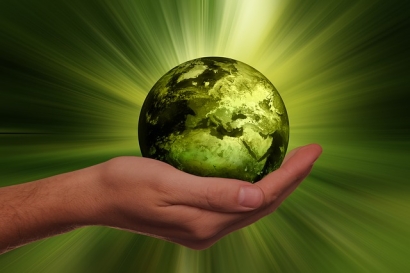 Utilizing advanced carbon-capture technology already in use in countries around the world, Valiidun seeks to lower the per-ton cost of decarbonization by nearly half. Valiidun is focused on building direct air capture facilities at scale, helping minimize ongoing operating expenditures by spreading those costs over a higher output. The company’s facilities will also rely almost exclusively on renewable energy to satisfy power requirements.

“The climate problem is real, and the needs to meet net-zero targets are significant,” said Valiidun Founder Seth Norat. “To meet the International Energy Agency’s 2°C pathway targets, the carbon removal industry will need to scale to 6,000 million metric tons of CO2 per year. In 2020, U.S. facilities only captured and stored 6 million metric tons of CO2. McKinsey & Co. estimates the cost of getting to net zero will be $9 trillion per year through 2050. Our team has experience building big and building fast, and we plan to make significant contributions to make the IEA targets a reality.”

Having closed its angel round of funding, Valiidun is backed by founders of unicorn companies that have collectively constructed 8 million square feet of facilities and raised more than $1.5 billion in capital.

“In 3 years at AppHarvest, we developed four facilities costing more than $400 million including a 2.76-million-square-foot indoor farm that is among the world’s 20 largest buildings, and we did it during the onset of the pandemic,” Norat said. “With proven carbon-capture technologies and experienced technology partners, it’s time to build big and build fast to prevent further damage to our planet and, over time, begin to even roll back what’s been done.”

Beyond natural options, like reforestation, direct air capture is one of the few technologies available to remove carbon dioxide from the atmosphere and the only practical way to offset carbon emissions from the industrial sector. How's it work? Think of it as a sophisticated, machinery-based tree. Air is pulled into the device, where a series of chemical reactions extract the carbon dioxide from the air to then be safely stored underground or in products where it will be permanently contained. As companies strive to solve the world's carbon dioxide emissions crisis, they've developed myriad new ways to use the gas. What was once limited to beverage makers and greenhouses now includes everything from building materials to tennis shoes.

There are less than 20 direct air capture plants worldwide and just two in the United States. To meet the Paris Agreement's goal of becoming net zero by 2050 will require far, far more large-scale facilities and trillions in investment.

A major boost will come from Congress' recently passed infrastructure bill, which authorized $3.5 billion to be spent to create four direct air capture hubs, each with the capacity to capture at least 1 million metric tons of carbon dioxide annually. While the location of these hubs has not yet been announced, Valiidun is working to secure a grant to open one in Appalachia, a region seeking to revitalize its economy from a longterm dependence on coal mining — a fuel at the center of climate change. Central Appalachia’s location, which is within a day's drive of 70% of the U.S. population, and legacy in the energy industry presents the ideal region to launch this effort.