Wednesday, 25 February 2015
0
Robin Whitlock
Andalucía Económica Magazine has awarded Bester Generación the ‘Sustainable Development Award’ which recognises the work of specific companies or institutions in the protection and improvement of sustainable development in Andalusia, Spain. 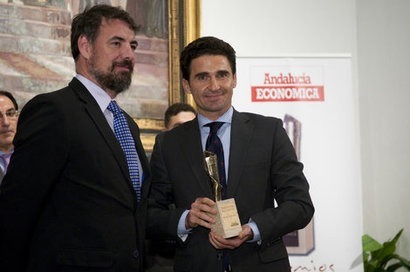 The awards are presented in 12 categories and were created 14 years ago with the aim of recognising the track record of a company or group of companies and their impact in Andalusia, particularly in areas such as improvement of the environment, innovation, cooperation by Public Administration and private initiative  and the promotion of actions favouring Andalusian socioeconomic development.

Bester Generación was received the Environmental Management Award for its sustainable activity and efforts to neutralise its potential impact on the atmosphere. The company maintains an Emissions of Greenhouse Gases System Control (ISO 14064) on all its activities and reduces the main sources of emissions according to a certified Quality and Environmental Management System (acc. to ISO 9001 and ISO 14001). It selects suppliers according to their environmental performance and uses materials appropriate to the Sustainable Industrial Policy of the EU. It also audits and certifies its emissions accounting and neutralises emissions through the acquisition of CERs (Certified Emission Reductions) generated through the CDM (Clean Development Mechanism)