Bill That Would Have Gutted Tax Credits for Renewables, EVs, Stalls in Senate

Wednesday, 11 March 2020
1
Dan McCue
A U.S. Senate bill that would have ended tax credits for renewable energy and electric vehicles is now in limbo after lawmakers on Capitol Hill came to a stalemate over amendments. The bill, S.2657, called the American Energy Innovation Act, is a package of 53 separate bills that, among other things, eliminate renewable energy tax incentives while replacing them with additional funding and tax credits for coal, nuclear power and natural gas. 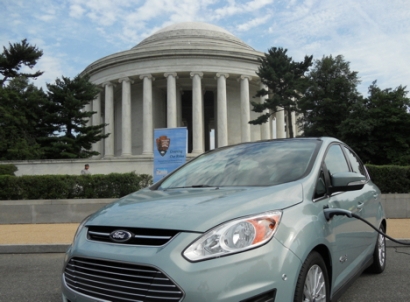 It also includes the construction of a massive natural gas storage hub in Appalachia.

Sen. Ron Wyden of Oregon, the top-ranking Democrat on the Senate Finance Committee, said last week it would take a miracle for the Republican-controlled upper chamber of Congress to agree to include an extension of certain federal tax credits for renewables and EVs in the comprehensive energy bill now under consideration.

"Unless we have a miracle on the floor ... we’re not going to win this round,” Wyden said in a speech to the American Council on Renewable Energy.

The Senate took up the measure on Monday, with the Republican leadership expecting to limit debate and easily pass the legislation by Tuesday.

However, Democrats countered by proposing more than 190 amendments to the bill, including measures to phase out the use of heat-trapping hydrofluorocarbons (HFCs) used in refrigerators and air conditioners, and another that would have required new homes be more energy efficient.

The White House opposes the HFC amendment on the grounds that it believes it would make federal standards stronger than those passed by the states.

“They’re thousands of times more damaging to our atmosphere than carbon dioxide. Phasing out these HFCs is very important," Schumer said. "And it will go a long way in fighting climate change and protecting the environment for future generations,” he said, calling the energy bill “a real rare opportunity to make tangible progress.”

The bill was introduced by Sens. Lisa Murkowski, R-Alaska, and Joe Manchin, D-W. Va. Its future is now uncertain.