Tuesday, 12 October 2021
0
Robin Whitlock
California can cut its overall cost of electricity generation by almost a fifth (17 percent), compared to 2020 levels, by accelerating the pace of renewable energy deployment to achieve its 100 percent Renewable Portfolio Standard (RPS) by 2040, according to modelling from global technology company Wärtsilä. 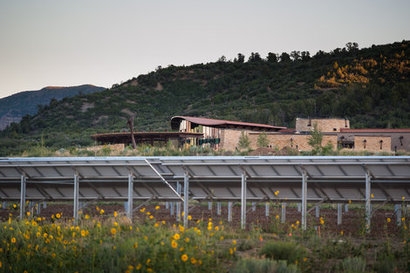 Achieving 100 percent RPS by 2040 would be five years earlier than planned. Plummeting renewable generation costs in the United States, largely driven by California’s pioneering approach to adopting renewable technologies, have created unique conditions where electricity prices in a future 100 percent renewable energy system will be lower than today.

According to Wärtsilä’s study – ‘Front-loading Net Zero’ – more affordable clean electricity is achievable because the capital expenditure required to create a 100 percent renewable power system is offset by reductions in electricity production costs between now and 2045, driven by the far lower operating costs for renewables compared to fossil fuel power. California’s 100 percent renewable system will be made up of renewable energy, as well as the technologies needed to balance its intermittency – such batteries and thermal balancing power plants.

Wärtsilä’s analysis makes clear the economic case for front-loading the introduction of renewable energy to create a 100 percent carbon neutral grid in California and other US states as early as possible. The study concludes that hitting 100 percent RPS in 2045, as currently planned in California, would cost an extra $14 billion due to increasing carbon taxes, 5 percent more than if the RPS target is achieved in 2040 .

Achieving 100 percent RPS does not yet mean zero carbon electricity due to its focus on only retail electricity. However, Wärtsilä’s modelling provides a path for California to reach first its 100 percent RPS in 2040 and finally become fully carbon neutral in 2045 and still cuts its electricity generation cost from today’s level.

The modelling also highlights the major planning challenge California faces to shift to a carbon neutral power system. Demand for new technologies such as electric vehicles, plus the production of renewable sustainable fuels such as green hydrogen from wind and solar PV generation, will dramatically increase the overall demand for power, requiring enormous growth in the overall capacity of renewable energy and flexibility in the state. California’s power system output must increase by half – from 280 TWh to 420 TWh – to achieve carbon neutrality.

An average of 3.2 GW of solar PV and 1.2 GW of wind must be added every year to reach these targets – significantly more than California’s current record of 2.7 GW of non-rooftop solar power or 1 GW of wind power in a single year.

“The path to 100 percent renewables is a profitable one for California. The faster the system hits net zero emissions, the greater the reduction will be both on energy costs and carbon emissions. California – and the US as a whole – has a mountain to climb in reconfiguring its energy systems for net zero, but it’s certainly viable with technologies that are already available at scale” said Dr. Karl Meeusen, Director of Markets, Legislative and Regulatory Policy at Wärtsilä, and co-author of the report. “To realise California’s 100 percent renewable transformation, leaders must create a system where renewable energy and flexibility work symbiotically. By acting faster, today, California and the US can create net zero power systems with enormous economic benefits and draw a blueprint for the world to follow.”

The final element of California’s path to 100 percent carbon neutrality is system flexibility. Variable renewable power requires energy storage, such as batteries, and thermal balancing power plants in order to become the primary source of power – ‘baseload’. The report highlights how the role of natural gas must change from providing baseload power to providing flexible balancing capacity. This is key to shifting renewable power when it is surplus to times when it is not available and to manage sudden surges in demand or drops in generation. The modelling shows that California needs to replace 11 GW of existing baseload thermal power plants with flexible, dispatchable capacity that is capable of frequent low-cost, low/no-emissions starts and stops.

The report also highlights that in coming decades, back-up gas will be converted to renewable, hydrogen-based sustainable fuels. 10 GW of ‘Power-to-X’ capacity is required to produce the renewable fuels for California’s power sector purposes. These renewable fuels used in the thermal balancing power plants will provide the final element of California’s 100 percent carbon neutral power system. Excess wind and solar will be converted into fuels, such as synthetic methane or ammonia, that can be stored for later use, to cover reliability needs and extreme weather conditions.

“Our modelling shows that it is viable for all energy systems to be fully decarbonised before 2050, and that accelerating the shift to renewable baseload, coupled with flexibility, will help economies to thrive” added Håkan Agnevall, CEO and President of Wärtsilä. “We have all of the technologies that we need to rapidly shift to net zero energy. The benefits of renewable-led systems are cumulative and self-reinforcing – the more we have, the greater the benefits – so it is vital that leaders and power producers come together now to front-load net zero this decade.”