Wednesday, 24 February 2021
0
Robin Whitlock
California’s current strategy of recovering a myriad of fixed costs in electricity usage rates means that the state uses more renewable electricity to power buildings and vehicles on the path to carbon neutrality, according to a new joint report by the Energy Institute at the UC Berkeley Haas School of Business and non-profit think tank Next 10. 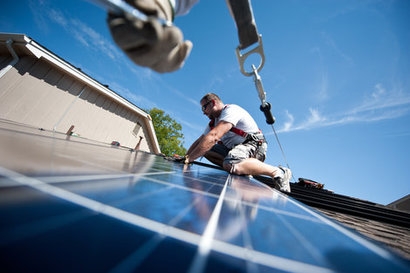 Data from the report “Designing Electricity Rates for An Equitable Energy Transition” reveal that the state’s three largest investor-owned utilities (IOUs) charge residential electricity customers much higher prices than are paid in most of the country - prices that are two to three times higher than the actual cost to produce and distribute the electricity provided. These high prices result from uncommonly large fixed costs that are bundled into kilowatt-hour prices and passed on to customers. These costs cover much of the generation, transmission and distribution fixed costs, as well as energy efficiency programs, subsidies for houses with rooftop solar and low-income customers, and increasing wildfire mitigation costs.

“There’s no question that we need to power buildings and transportation with California's abundant clean electricity” said F. Noel Perry, founder of Next 10, who commissioned the report. “The climate and health benefits will be enormous. The question is, how can we change the inequitable and unsustainable way we currently pay for electricity?”

Professor Meredith Fowlie, faculty director at the Energy Institute at Haas, who authored the study with Professors Severin Borenstein and James Sallee, added that what Californians pay is much higher than the true marginal cost of using electricity and that this puts an unnecessary cost burden on low- and middle-income households as we transition to using clean electricity.

Compounding concerns over these high costs is the inequity of their distribution: as wealthier households transition to rooftop solar, the fixed costs are distributed through a smaller volume of kilowatt-hours delivered, raising the costs even more for remaining, lower-income customers.

The report comes as an increasing number of Californians are struggling to pay their utility bills. About eight million residents currently owe money to investor-owned utilities, according to a recent presentation by the California Public Utility Commission. This is especially concerning as rates are projected to rise again due to wildfire-related costs. Earlier this month, IOUs unveiled a plan to spend $15 billion over the next two years to prevent wildfire ignitions. The researchers found that while wildfire prevention programs are likely to be a major driver of price increases in the near future, there is a significant lack of transparent data on the total costs and how they are being passed on.

Key findings from the report include:

California IOUs’ prices for electricity are out of line with the rest of the country.

From 66 to 77 percent of the costs that IOUs recover from ratepayers are associated with fixed costs of operation that do not change when a customer increases consumption.

A more equitable model would recover costs from sales or income taxes, or an income-based fixed charge. The report suggests potential changes to how utility fixed costs, as well as and environmental and low-income program costs, are recovered, including:

Tax revenue: Raising revenue from sales or income taxes would be much more progressive than the current system, ensuring that higher-income households pay a higher share of the costs.

Income-based fixed charge: A potentially more politically feasible option could be rate reform - moving utilities to an income-based fixed charge that would allow recovery of long-term capital costs, while ensuring all those who use the system contribute to it and also keeping costs affordable for all families. In this model, wealthier households would pay a higher monthly fee in line with their income. The report examines a variety of implementation options for this model.

Borenstein will present the report’s findings to the Public Utilities Commission tomorrow at an En Banc hearing on utility costs in California.

Energy Institute at the UC Berkeley Haas School of Business