Wednesday, 16 May 2012
0
Toby Price
Shortly after the IMF released details of a paper concluding that oil prices may double over the coming decade, twenty of the world's leading off-grid clean energy entrepreneurs have sent a letter to World Bank Group President, Robert Zoellick, requesting $500 million in financial commitments to help them deliver on the world's energy access goals. 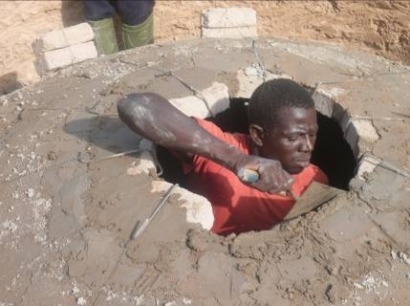 A new working paper released by the International Monetary Fund (IMF) this month entitled “The Future of Oil: Geology versus Technology”, predicts a near doubling of oil prices over the coming decade.

While the conclusions of the white paper commissioned by the IMF is not as pessimistic as the pure geological view, which typically holds that binding resource constraints will lead world oil production onto an inexorable downward trend in the very near future, it predicts that small further increases in world oil production will come “at the expense of a near doubling, permanently, of real oil prices over the coming decade”.

“This is uncharted territory for the world economy, which has never experienced such prices for more than a few months. Our current model of the effect of such prices on GDP is based on historical data, and indicates perceptible but small and transitory output effects. But we suspect that there must be a pain barrier, a level of oil prices above which the effects on GDP becomes nonlinear, convex,” says the authors of the study.

“We also suspect that the assumption that technology is independent of the availability of fossil fuels may be inappropriate, so that a lack of availability of oil may have aspects of a negative technology shock. In that case the macroeconomic effects of binding resource constraints could be much larger, more persistent, and they would extend well beyond the oil sector. Studying these issues further will be a priority of our future research,” they conclude.

Despite these predictions, today’s investments in energy access are still heavily skewed toward traditional large-scale centralised fossil fuel projects. However, according to the IEA, in order to deliver universal energy access, at least half of all people lacking access to energy today will rely on off-grid sources of energy.

To date, energy markets have not yet recognised the vast potential off-grid clean energy investment provides for expanding energy services to the world’s poor in an economically sustainable fashion.

Call for shift in focus of funding

In order to reverse this situation, and catalyse this important market, a coalition of civil society organisations sent a letter last week to Robert Zoellick, President of the World Bank Group, asking it to secure up to $500 million to de-risk off-grid clean energy investments at the upcoming Rio+20 conference.

“We ask for the money to be fully distributed by no later than 2015 and supported by the creation of a consolidated and focused complimentary technical assistance program based on the important work of the Lighting Africa, Lighting India, and Green Power for Mobile programs,” says the coalition.

In their letter, the signatories say that skewed investment flows prevent practitioners from accessing the capital needed to expand this nascent industry, hire local workers, and help meet the energy needs of the poor.

“We believe that financial instruments like loan guarantees will be instrumental in un-locking the potential in this market by helping practitioners overcome the false perceptions held by some in the investment community that off-grid clean energy for the poor is an economically unattractive investment. This perception hinders the ability of practitioners to secure loans which in turn hampers our collective ability to meet the United Nations goal of delivering Sustainable Energy for All by 2030. World Bank Group loan guarantees can reverse this situation by making the most effective and efficient use of limited government resources to reduce perceived risk and raise awareness of the viability of this sector.”

While the signatories say loan guarantees will help catalyse the market, they also recognise they are not enough to ensure long term success. “It is vital that they are paired with technical assistance programs dedicated to building the pipeline of projects and practitioners. The World Bank has existing and successful models from which to build that have leveraged private sector resources into sustainable markets to provide affordable off-grid lighting projects in Sub-Saharan Africa and South Asia. By expanding upon these programs to support the development of a global off-grid, clean energy market, the World Bank can lead the way in achieving the UN Sustainable Energy for All goals,” they stress.

“Ultimately, there is a clear need for transformational interventions at several levels in order to deliver universal energy access. Spurring growth in this nascent sector is an important part of the access solution and delivering on our shared sustainable energy goals. The World Bank Group has a tremendous opportunity to support these efforts by putting a monetary commitment on the table at the upcoming Rio+20 conference. We strongly urge you not to let this opportunity pass, and to ensure the World Bank group leads global efforts to secure universal energy access,” they conclude.

The letter was signed by the following:

The Future of Oil: Geology versus Technology