Friday, 29 May 2015
0
REM
Despite a few recent success stories, clean-energy progress is falling well short of the levels needed to limit the global increase in temperatures to no more than 2 degrees Celsius, according to the International Energy Agency. 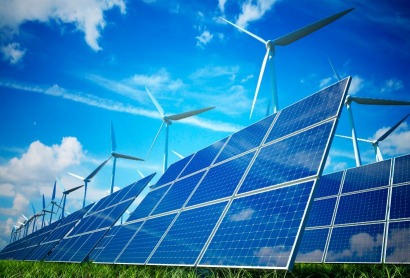 That assessment came in the form of a new report, Tracking Clean Energy Progress 2015, presented this week at the Clean Energy Ministerial meeting in Mexico.

The report  examines progress in the development and deployment of key clean energy technologies. An excerpt of Energy Technology Perspectives 2015 (ETP 2015), the report tracks each technology and sector against interim 2025 targets in ETP 2015's 2°C scenario, which lays out pathways to a sustainable energy system in 2050.

The tracking report says that while renewable power generation continues to progress, the number of electric vehicles is still increasing rapidly, and a significant milestone for carbon capture and storage was reached in 2014, the deployment rate of clean energy technologies is no longer on track to meet 2DS targets.

Overall, the growth rates of clean energy technologies have slowed significantly and existing opportunities for deployment are not being exploited, preventing significant benefits from being realised. Policy certainty, incentives, regulation and international co-operation are required to meet stated ambitions and transform the global energy system.

The report notes that clean energy progress is being overshadowed by the expansion of inefficient coal-fired power generation.

"Low-priced coal was the fastest-growing fossil fuel in 2013, and coal-fired generation increased in all regions," the report says. "Newer coal plants can perform to a relatively high standard. But where coal-fired capacity is expanding, in emerging economies for example, less efficient, subcritical units dominate, primarily due to the absence of minimum efficiency policies."

Tracking Clean Energy Progress 2015 provides, together with ETP 2015, specific recommendations to governments on how to scale up deployment of these key technologies toward a secure, clean and competitive energy future.