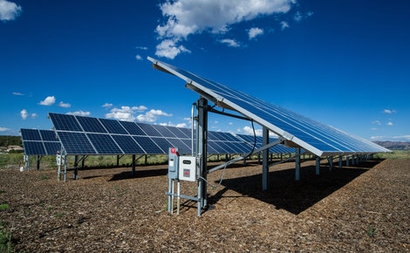 Both projects are supported by power purchase agreements (PPAs) awarded in Mexico’s long-term electricity auction in September 2016. The total amount of non-recourse project finance debt raised was $450 million, of which $220 million has been allocated to El Mezquite and $230 million for Solem.

“We are very proud of having reached this ground-breaking milestone for two of our projects which are amongst a handful, from either the 1st or 2nd auction in Mexico, that have been able to raise third party financing; confirming Cubico’s leadership in the renewable energy sector in Mexico” said Ricardo Diaz, Head of Americas at Cubico. “We now plan to continue consolidating our presence in the market supporting the government and selected local developers to achieve their clean energy ambitions in the country, as we are doing in the rest of the region”.

Osvaldo Rance, Head of Mexico at Cubico, added that the titanic effort from all parties stands as tangible proof of the bankability of the PPA awarded in the auction and the new legal framework that enabled the raising of competitive financing.

El Mezquite wind project will be financed by the North American Development Bank and the Mexican development banks, Bancomext and Banobras. The group of lenders of the Solem solar PV project consists of the Inter-American Investment Corporation, acting on behalf of the Inter-American Development Bank (IDB) Group, alongside the Canadian Climate Fund for the Private Sector in the Americas and the China Co-Financing Fund for Latin America & the Caribbean, the International Finance Corporation, Bancomext, Banobras and Mitsubishi UFJ Financial Group (MUFG).

In addition to the debt amount, Cubico will invest, along with other minority partners, close to $ 200 million of equity to construct the projects in order to have them operational by Q4 2018.