Thursday, 15 December 2011
0
Toby Price
The European Commission held a press conference today to launch its Energy Roadmap 2050, which shows that a high renewables energy mix – with 97% of the EU's electricity consumption met by renewable energy – would have the same "overall energy system costs" as any other decarbonisation or business as usual scenario. 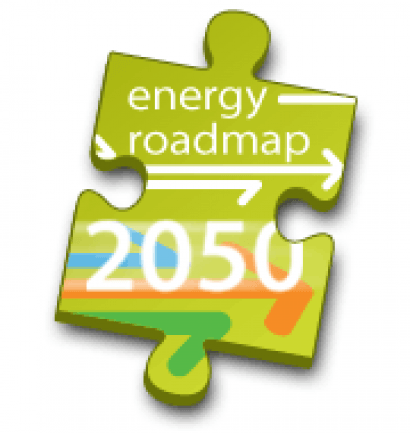 To achieve the goal of cutting emissions by over 80% by 2050, Europe's energy production will have to be almost carbon-free. How to achieve this without disrupting energy supplies and competitiveness is the question answered by the Energy Roadmap 2050.

Based on the analysis of a set of scenarios, the document describes the consequences of a carbon free energy system and the policy framework needed. This should allow member states to make the required energy choices and create a stable business climate for private investment, especially until 2030.

"Only a new energy model will make our system secure, competitive and sustainable in the long-run. We now have a European framework for the necessary policy measures to be taken in order to secure the right investments," Energy Commissioner, Günther Oettinger, said today.

The Roadmap is based on five scenarios from the European Commission's PRIMES energy model, all achieving a 85% decline in energy-related CO2 emissions by 2050 on the basis of different mixes of renewable energy, nuclear power and fossil fuels with carbon capture and storage (CCS) and energy efficiency. None is likely to materialise but all scenarios clearly show a set of "no regrets" options for the coming years.

The Energy Roadmap 2050 identifies a number of elements which have positive impacts in all circumstances, and thus define some key outcomes such as:

Energy Commissioner Günther Oettinger said during today’s press conference that he expected binding renewable energy targets for 2030 to be proposed and in place by 2014. "With our roadmap we want to ensure that, for all participants, there should be an interesting discussion on binding targets for renewables by 2030. This should begin now and lead to a decision in two years' time," Oettinger said.

"The Commission's Communication could have been clearer in its commitment to binding renewable energy targets for 2030. However, with his strong statement today, Energy Commissioner Oettinger has provided European industry and citizens with that clarity. The European Parliament and Council must now give the Commission a clear mandate to come forward with ambitious binding 2030 targets for renewable energy" said Christian Kjaer, Chief Executive Officer of the European Wind Energy Association (EWEA) in Brussels.

All five decarbonisation scenarios in the Roadmap, as well as the business as usual scenario, show that wind energy will produce more electricity than any other power generating technology by 2050: between 32% and 49% of EU power production in the decarbonisation scenarios. "It's a pity the Commission fails to acknowledge this anywhere in its communication," Kjaer said.

"Much effort has gone into getting the PRIMES energy model to show renewable energy as more expensive than fossil fuels and nuclear energy. There are astounding assumptions in all scenarios such as oil prices dropping from over $100 per barrel today to $70 per barrel in 2050; offshore wind costing the same in 2050 as today; declining nuclear costs, and no gas or CCS infrastructure being needed in the next 40 years," Kjaer said. "Despite these attempts to prefabricate the results, the scenarios confirm that a renewable energy future comes at no higher energy cost to Europe. A high renewables and efficiency scenario would have been the cheapest."