Wednesday, 17 October 2018
0
Robin Whitlock
British renewable energy supplier Ecotricity is to take the UK Government to court over its use of the company’s ‘Greenjack’ logo for Green GB Week. 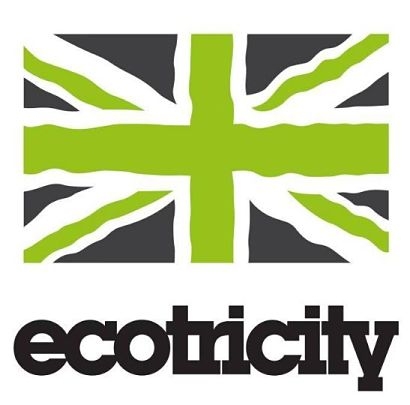 “We've begun legal action against the UK government for using our trademarked green Union Jack flag to promote their initiative” said Ecotricity founder and owner Dale Vince, announcing the intended law suit on the company’s Facebook page. “Simply put, we don't want the public confusing their version of a green Britain with ours. Perhaps it’s a sign of the Trumpian times we live in, but politicians think they can ignore reality and paint themselves as the total opposite of what they really are”.

Mr Vince added: “This is the government that has been forcing fracking on us, removing legal and environmental protections, taking planning decisions out of local hands and breaking new ground by jailing peaceful protesters. This is the same government that shut down our onshore wind and solar industries and then slapped a carbon tax on renewable energy. To now celebrate with a Green GB week makes this most incredible greenwashing I’ve ever seen. With the UN recently saying we have 12 years to save the world, there’s a real urgency to actually implement green policies and this government is in reverse”.

“As the UK Government we are rightly proud to use our national flag to showcase our world leading role in tackling climate change” said a spokesperson from the Department of Business, Energy and Industrial Strategy (BEIS). The Department also points out that the branding has been in the public domain for over a year and that the logo was used in the Clean Growth Strategy published in October 2017. Representatives of BEIS have also indicated they are willing to meet with Ecotricity to discuss the matter further.

Vince founded Ecotricity after his first sight of a wind farm. The company launched its first wind turbine in 1996. The Greenjack decorates the front of Ecotricity’s offices in Gloucestershire.