Monday, 03 October 2022
0
Robin Whitlock
The European Economic and Social Committee (EESC) has announced that it supports proposals to increase energy efficiency targets and an increase in renewables in the EU energy mix while warning that emergency measures in response to Russia must not create new dependencies. 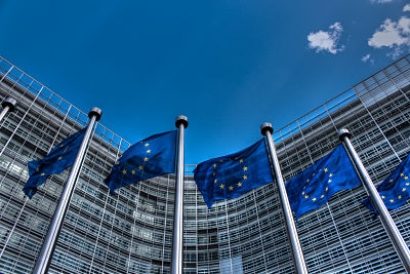 The European Economic and Social Committee (EESC) has taken a firm stand on energy in an opinion adopted at its September plenary drafted by Stefan Back, Thomas Kattnig and Lutz Ribbe: the Commission's proposal is a step in the right direction to guarantee the EU's energy independence from Russia, but these emergency measures should not create new dependencies or harm the efforts to achieve climate neutrality as soon as possible.

The EESC throws its support behind the European Commission's REPowerEU Plan to make the EU independent from Russian gas and oil supply, but points out that many issues which are being addressed urgently at the moment could have been avoided or at least limited if the dependency on energy imports had been reduced years ago and the energy market had been completed, as the EESC has been calling for for years.

In particular, the EESC supports:

The proposal to increase the energy efficiency target from 9 percent as proposed in the Fit for 55 package to 14 percent by 2030;

An increase in the share of renewables in the EU energy mix, strongly backing the Commission's request to include the 45 percent share that was proposed in the REPowerEU Plan in the Fit for 55 package;

The proposals regarding rapid permitting procedures for renewables projects and the definition of “go-to areas” for such projects.

The European Commission's REPowerEU Plan is a step in the right direction to make the EU independent from Russian gas and oil supply.

Its approach is based on the distinction between short- and medium-long-term measures and on four main pillars: energy saving, diversifying gas imports, replacing fossil fuels by accelerating renewables and financing solutions.

Nonetheless, the EESC warns that these emergency measures must not lead to new dependencies and should not harm the efforts to achieve climate neutrality as soon as possible. The Commission should develop a geopolitical energy import strategy, which also takes into account urgent energy and climate issues, before concluding partnerships with non-democratic or politically unstable countries.

The Committee underlines that the urgency of the supply situation requires flexibility regarding temporary use of fossil and low emission fuels.

At the moment, European society is unduly affected by dramatic price increases. According to the EESC, most politicians and large parts of our society have been blinded by cheap fossil fuel supplies and failed to pursue any precautionary policies and the current situation is the fallout from this negligence.

The Committee regrets that it has taken the war in Ukraine and the ensuing distortions in Russian energy delivery to bring attention to this basic energy security issue and trigger the measures proposed in the REPowerEU Plan to ensure independence from import of Russian energy.

On this matter, the EESC recalls the statements in the 2014 EU Energy Security Strategy and the 2015 Energy Union Strategy (TEN/570 – The Energy Union strategic framework) that the EU remains vulnerable to external energy shocks and calling on policy makers at national and EU level to make clear to citizens the choices involved in reducing dependency on particular fuels, energy suppliers and routes.