Thursday, 17 June 2021
0
Current energy transmission access charges have kick-started acute industry debate in the UK, with calls for an urgent review of the charging regime. Huge volatility and UK geographic variation in these costs between the north and south of the country are creating uncertainty for developers looking to invest in renewable energy projects. 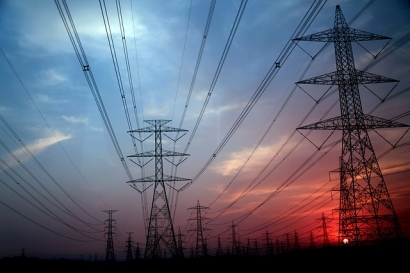 This, in turn, risks the development of these initiatives and the UK’s ability to deliver against its net zero ambition. But many developers are unaware of an innovative low-investment method to forecast the cost of transmission charges over the next few decades. This can provide renewables developers and owner/operators with a rational view of grid charges for both investment decisions and business planning for going concerns at the asset and portfolio level.

Peter Lo knows that developers need to include Transmission Network Use of System (TNUoS) estimates within their budgets to make better investment decisions. He says, “Transmission charging is volatile, increasing, and a significant charge as part of your connection infrastructure. And it is not just operators like SSEN (Scottish and Southern Electricity Networks) and the wider energy industry making a noise about these archaic ‘rules’. There are also worrying consequences of its contributing risk and uncertainty to the commercial decision for developers to invest in generation in the north of Scotland.

“For project developers, it is vital to understand the future projected economics supporting renewable investment decisions and to have some degree of accuracy in terms of your financial calculations. The peer charge for use of system charges varies, depending on the geographic location. The further north you go, away from London, the higher the costs; it has been this way for many years harking back to a time as a fossil fueled powered nation and has become a regional issue. All the wind is up in Scotland, but the demand is down in the south. This means that developers who are in the early stages of a project face impossible predictions for a 10 year-plus project. They need to be able to build that cost into theirinvestment decision model. For renewable projects located in Scotland, this can be an expensive place to locate the project, due to the potentially prohibitive costs. TNUoS charges can be 16 times more in Scotland compared to mainland Europe according to Renewable Infrastructure Development Group, a member company of RenewableUK.

“Many developers back out as a result, often when they are quite some way into the considerable costs of early planning. Others apply and pay for a connection charge before realizing that the charges will break their business model, and drop out at an even later stage. Today, transmission charging is probably the single biggest barrier to investment in renewable energy programs in Scotland. A developer could be easily five to six years into a project in for example, the Western Isles or Orkney. They are frustrated as they cannot afford to keep the connection, and have already sunk hundreds of thousands, or even millions, into the project. Meanwhile, transmission charges for a wind farm in Wales are approximately half the cost.”

Jean Lewis explains that there is support for developers in this situation. “Many renewable developers are unaware of the fact that there is a way to check the project’s financial viability. This is not a precise calculator of costs, but more of a predictive tool for developers to understand the broad commercial costs they might expect up until around 2050. We have already supported businesses in assessing cost feasibility which allows them to continue with their planning and to decide for themselves if they will make or break their return.

“We have replicated the National Grid charges model based on our own technical load flow model of Great Britain. With a typical consultation period of a few weeks, a developer can be provided withfour different future energy cost scenarios. Our DC-engineered load-flow model has a commercial analysis layer based on National Grid Future Energy Scenarios (FES), covering the whole GB network through the next few decades to give this long-term view for investments. This gives confidence on developers’ financial modelling for their Capex and Opex.”

Jean concludes, “With regulation change unlikely anytime soon and TNUoS charges remaining unpredictable, unknown project costs are posing a major barrier to the development of renewable energy.There is a way that developers can at least take a long-term view with increased confidence until 2050.”

Lo has a unique blend of commercial, analytical and technical skills, gained across the low carbon energy sector. With 25 years of experience, working across the life cycle of energy projects, he is passionate about driving net zero ambitions globally.

Lewis leads the team of technical experts providing engineering and management services for onshore and offshore energy generation and transmission projects.  Lewis is an electrical engineer with over 22 years’ experience working in the energy sector, in contracting, consultancy and client facing roles.