Home of the Philadelphia Flyers to Run on 100% Renewable Energy 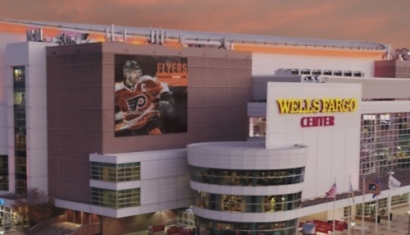 The renewable energy commitment occurs in conjunction with Comcast Spectacor’s $250 million redesign of the venue. This agreement will completely power the facility with wind energy and will greatly reduce the arena’s carbon footprint.

“The Wells Fargo Center is in the midst of an extensive redesign that is transforming all aspects of the complex, and this renewable energy initiative plays an important role,” said Dave Scott, Chairman and CEO, Comcast Spectacor.

The power and renewable energy certificates (RECs) purchased from Constellation will help Comcast Spectacor prevent the emission of more than 14,000 metric tons of greenhouse gas annually.

Constellation will supply the Wells Fargo Center with power from a 9 MW portion of the HillTopper wind project purchased under a separate long-term power purchase agreement with project owner Enel Green Power. HillTopper is located in Logan County, Illinois,and is expected to enter into service by the end of 2018.

Constellation has been the “Official Energy Partner of the Wells Fargo Center” since 2016 and has worked with the Flyers to educate their fans about energy efficiency and sustainability through PSAs, social media and an annual “Green Game.”