Monday, 20 August 2012
0
REM
Attaining the international goal of limiting the long-term increase of global temperature to 2° Celsius is still possible despite the world not being on track, the IEA's Executive Director said during a visit to Canada. 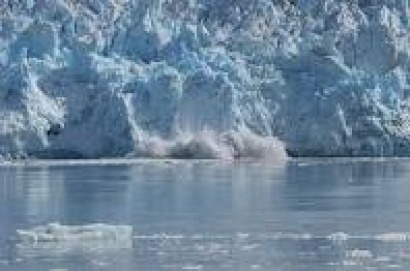 Energy use and carbon dioxide emissions are set to increase by a third by 2020 and almost double by 2050 under the current energy policies in place throughout the world, Maria van der Hoeven warned during an address at the Toronto Board of Trade.

van der Hoeven, who earlier in the day had met with Joe Oliver, the Canadian Minister of Natural Resources, cited Energy Technology Perspectives 2012 – the IEA’s flagship energy technology publication – in which technologies are divided into three groups to test their present performance.

She explained that some are on track, notably mature renewable technologies like hydro, biomass, onshore wind and solar photovoltaic, and some require more effort, such as electric vehicles and industrial energy efficiency. However, the majority are currently off track, including nuclear power and carbon capture and storage (CCS).

“Let’s not be discouraged,” she said. “While ambitious, a clean energy transition is still possible. But action in all sectors is necessary to reach our climate targets.”

van der Hoeven offered four key recommendations to move towards a more sustainable energy future. First, she stressed that energy prices need to reflect the true cost of energy. “That means pricing carbon and abolishing fossil fuel subsidies – subsidies which in 2011 were almost seven times higher than support for renewables,” she said.

In addition, she noted that energy innovation and public support for research, development and demonstration must be accelerated to encourage private sector investment and more widespread commercial use.

Finally, van der Hoeven said that while natural gas can provide a crucial bridge to low-carbon technologies going forward, in order to maintain the viability of the unconventional gas revolution, ‘Golden Rules’ must be implemented to address public concerns while maintaining a healthy investment climate.

The Golden Rules, outlined by the IEA in May 2012, underline the importance of full transparency, measuring and monitoring of environmental impacts and engagement with local communities; careful choice of drilling sites and measures to prevent any leaks from wells into nearby aquifers; rigorous assessment and monitoring of water requirements and of waste water; measures to target zero venting and minimal flaring of gas; and improved project planning and regulatory control.