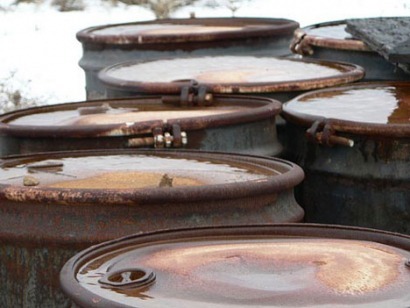 According to the report, oil demand will rise 14% between 2010 and 2035, from 87 million barrels per day (mb/d) in 2010 to 99 mb/d in 2035. All net increases in oil demand will come entirely from the transportation sector in emerging economies as economic growth pushes up demand for personal mobility and freight goods.

“This is a deeply disturbing picture that the IEA has painted for the world,” said Bliss Baker, spokesperson for the Global Renewable Fuels Alliance. “Such increases are unsustainable making it imperative that all countries quickly bring real crude oil alternatives to market.”

To compensate for declining crude oil production at existing oil fields, the IEA report claims that 47 mb/d of oil production must be discovered and brought to market by 2035. That will mean new reserves will have to be exploited – namely environmentally damaging tar sands or dangerous deep well oil.

“This means that the equivalent of two times the current total oil production of all OPEC countries in the Middle East will need to be discovered just to meet growing demand,” declared Baker. “This is a wake-up call to the world that we need to further promote biofuels to meet this ever growing energy demand.”

Equally troubling in the report is the reference to a growing dependence on OPEC countries as a supplier of the world’s oil. According to the IEA, over 90% of the required growth in world oil output will come from OPEC countries, pushing the share of OPEC in global production above 50% by 2035.

The IEA also highlighted the potential for supply disruptions in the Middle East and North African countries as a potential threat to world oil supplies saying that: “If, between 2011 and 2015, investment in the MENA region runs one third lower than the $100 billion per year required… consumers could face a substantial near-term rise in the oil price to $150/barrel”.

“The justification for significant investments in crude oil alternatives such as the ethanol and biodiesel sectors have never been more clear,” said Baker. “Biofuels production can help mitigate all these risks related to oil dependency – but we must take decisive action today to grow this vitally important industry,” he concluded.

The Global Renewable Fuels Alliance is a non-profit organization dedicated to promoting biofuel friendly policies internationally. Alliance members represent over 65% of the global biofuels production from 44 countries. Through the development of new technologies and best practices, the Alliance members are committed to producing renewable fuels with the smallest possible footprint.