Wednesday, 26 June 2013
0
REM
Representatives from over 90 countries gathered in the United Arab Emirates on 24 and 25 June to outline a path for the months and years ahead to drive widespread, rapid scale-up of renewable energy worldwide. 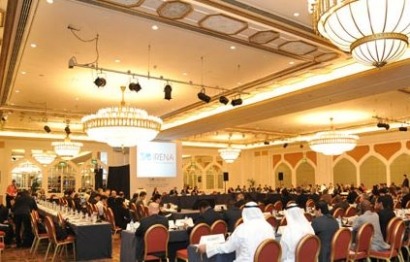 The fifth Council meeting of the International Renewable Energy Agency (IRENA), held in the UAE capital, Abu Dhabi, featured exchanges of experience and ideas among member countries on practical applications of renewable energy, which has become increasingly economically competitive against conventional energy from fossil fuels in recent years.

“It is extremely encouraging to see such a range of countries and economies making the commitment to adopt renewables to ensure a sustainable energy future,” said IRENA’s Director-General, Adnan Z. Amin. “While each country has to determine the most suitable policies and technologies to achieve its priorities, there is a clear consensus on the vital role of renewable energy to ensure long-term sustainability in the delicate global food, energy and water nexus.”

The two-day meeting included discussions on the potential for increased investment and new business models, “off-grid” solutions for rural electrification, cost-effective ways to address the energy problems of isolated islands, and joint initiatives to assist refugees and boost food security in developing countries – all through the use of renewable energy sources and technologies.

“Developing countries increasingly recognise investment in their indigenous renewable energy resources as a way of creating the foundation for progress and prosperity,” Amin said.

“IRENA facilitates this recognition by providing cutting-edge analysis of the costs and benefits of renewables, along with practical policy advice. Going forward, we are incorporating business perspectives through the IRENA Renewable Costing Alliance, an initiative established to enable us to further build on our costing data from actual renewable energy projects on the ground,” he added.

The intergovernmental organisation – recognised as the Hub for Renewable Energy for the Sustainable Energy for All (SE4All) initiative – also continues to expand the scope of REMAP 2030, a roadmap of policy and technology recommendations to double the share of renewable energy in the global energy mix by 2030.

“From the Global Renewable Energy Islands Network (GREIN) that is assisting the world’s Small Island Developing States (SIDS), to developing strategies for doubling the global share of renewable energy through REMAP, IRENA has evolved in the last two years into a hub where all countries can find the key information, tools and support that they require to accelerate the deployment of renewable energy”, said the Chair of the fifth meeting of the IRENA Council, Karsten Sach, Deputy Director-General for International Cooperation at Germany’s Ministry for Environment.

The 21-member Council convenes twice yearly to guide IRENA’s programmes and help to set the agenda for the annual IRENA Assembly in January. Established in 2011 with its headquarters in Abu Dhabi, the Agency now actively engages with over 160 members or states in accession.