Thursday, 21 October 2021
0
Robin Whitlock
The United Kingdom ranks among the top contributors to the global energy innovation system relative to its potential, according to a multifaceted analysis by science and technology think tank Information Technology and Innovation Foundation (ITIF). 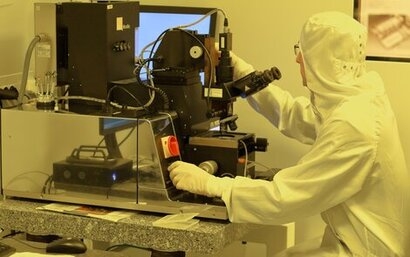 Pressure is building for nations to accelerate the pace of clean energy innovation in the face of the looming UN Climate Change Conference (COP26) in Glasgow on 31st October.

In its 2021 Global Energy Innovation Index, ITIF has found that Finland, Denmark, Sweden, and the United Kingdom are the top four among 34 nations. Although the United States remains the largest contributor in absolute terms, it has faltered relative to its potential - dropping from 4th in a 2016 baseline ranking to 17th in the new index. Meanwhile, China lags even further behind in relative terms, ranking in 25th place.

The United Kingdom ranking rose to fourth overall, compared to its previous ninth-place ranking in 2016. The UK also ranks first in social legitimation and international collaboration, holding the top spot in 2016 as well.

The 34 nations in ITIF’s index together invested more than $27 billion in clean energy R&D in the most recent year for which data is available - which was 25 percent more than 2015, but essentially flat accounting for economic growth.

“The only way to meet the growing demand for energy services while averting the worst consequences of climate change is to accelerate clean energy innovation” said David M. Hart, director of ITIF’s Centre for Clean Energy Innovation, who co-authored the report. “But despite the contributions from a few pacesetting countries like the United Kingdom, we are seeing a distinct lack of urgency globally, which undermines any real chance of achieving the UN goal of net-zero emissions by 2050. National governments must take responsibility for driving clean energy innovation because there is no international entity with the resources to fund energy innovation at the requisite scale, while the private sector lacks the incentive to do so.”

ITIF’s 2021 Global Energy Innovation Index is comprised of 20 indicators grouped into three subindices assessing countries’ contributions to the global energy innovation system based on their levels of knowledge development and diffusion, entrepreneurial experimentation and market formation, and social legitimation and international collaboration. Broadly, the analysis identifies several clusters of performance.

Finland, Denmark, Sweden, and the United Kingdom are the pacesetters in the contributions they are making to global energy innovation to relative to their respective potentials.

Switzerland, Belgium, the Netherlands, Germany, Canada, France, and Norway form a stable second tier of contributors behind the top four.

Japan, Austria, South Korea, Australia, the Czech Republic, and the United States are in the third tier.

Denmark ranks first for knowledge development and diffusion; Finland is top for entrepreneurial experimentation and market formation; and the United Kingdom sets the pace for social legitimation and international cooperation.

Only Denmark and the United Kingdom rank in the top 10 across all three subindices.

The United States ranking fell across all subindices, moving its overall fourth-place ranking in 2016 to 17th in 2021.

China ranks 25th overall, improving its position five places since 2016, but sits at or near the bottom of the subindices measuring entrepreneurial experimentation and market formation, and social legitimation and international collaboration.