Friday, 27 October 2017
0
REM
In an agreement signed Thursday, October 26, Lithuania agreed to sell clean power to Luxembourg which will put Luxembourg on track to meet its 11% renewable target by 2020. 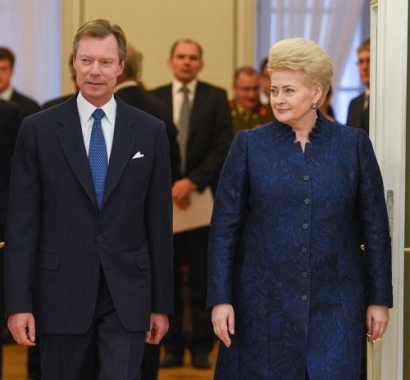 It is the first such agreement in the European Union. According to a press release on the Lithuanian government’s website, the idea originated when President Dalia Grybauskaitė visited Luxembourg in 2010.

Lithuania has already exceeded its 20 percent target set by the European Union for 2020 as well as its commitment to achieve a 23 percent share in 2020.

At present, renewable energy produced in Lithuania stands at 25.5 percent and it is expected to constitute more than 30 percent in 2020 – which would exceed the EU target for 2030.

Under the bilateral agreement, Luxembourg will obtain the surplus renewable energy from Lithuania. The financial funds received (10 million euros) will be used for the development of renewable energy and energy efficiency.

According to President Grybauskaitė, “Lithuania and Luxembourg are examples of how small but innovative, flexible and open countries can establish themselves and compete on the global market. There are new avenues for cooperation to be explored across such areas as modern financial technologies, telecommunications, information and cyber security.”

Photo: The President meets with the Grand Duke /Official Office of the President of the Republic of Lithuania/ Photo by Robertas Dackus