Monday, 02 December 2019
0
Robin Whitlock
Multinationals are pushing for governments to make way for 100 percent renewable electricity according to new report assessing the most ambitious global companies. 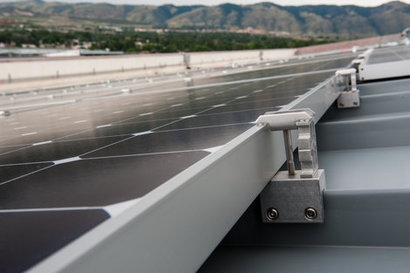 RE100, the global corporate initiative led by The Climate Group in partnership with CDP, has now counted 200+ multinational companies targeting 100 percent renewable electricity, by 2028 on average; with one in three already above 75 percent renewable. One in two are preparing to use their influence with stakeholders, such as policy makers and utilities, to push for faster transition to renewables. RE100 membership has grown by over a third in the last year, with the energy-critical Asia Pacific region accounting for over 40 percent of new joiners. Three more companies joining today include the Ralph Lauren Corporation.

However, governments must now remove the remaining barriers says the 2019 RE100 Progress and Insights Annual Report, published by international non-profit The Climate Group in partnership with CDP. The report reveals that although members are increasingly opting for cost-effective sourcing methods that directly bring additional renewable energy capacity online, unfavourable policy and market structures are inflating prices and making it harder to switch in places such as China and Russia.

The good news is that half of members (49 percent) are planning to partner with and influence stakeholders (such as governments and energy companies) by the end of next year, to help create markets for renewables. Such efforts are already bringing about policy changes in the Republic of Korea and the Taiwanese market, where to date access has been difficult.

This week policy makers are gathering at the UN Climate Change conference (COP25) in Madrid, Spain, to discuss how to bring ambition in line with the objectives of the Paris Agreement. Analysis released last week by the UN Environment Programme showed on current unconditional pledges, the world is heading for a dangerous temperature rise of 3.2˚C.

“At a time when UN research has said countries are underdelivering on climate action, leading businesses are stepping into the void left by national governments and accelerating the clean energy transition” said Helen Clarkson, CEO, The Climate Group. “With ten years left to halve greenhouse gas emissions, it is vital that governments respond faster to rising demand for renewable energy. Without decisive action, countries and the energy sector risk losing out on billions of US dollars in investment from RE100 companies.”

Paul Simpson, CEO, CDP, added that corporate demand for renewable power is rapidly growing as the world moves to address the climate emergency but that, encouragingly, renewable energy is increasingly becoming a matter of business competitiveness in numerous markets around the world.

“Many companies are now making the shift because it makes business sense – in part due to changing expectations from their key stakeholders – be that investors, customers or employees” Mr Simpson said. “Now is the time to meet the demand and speed up the clean energy transition”.