Friday, 23 July 2021
0
REM
As the energy transition gains momentum around the globe, the IEEFA documentary, “Local Leadership, Global Change: Navajo Nation & Hopi Tribe” focuses on how indigenous-led organizations are raising awareness of the need to shift away from a fossil fuel-based economy. 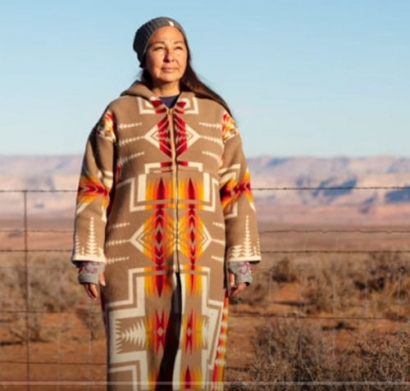 The documentary centers on the Navajo and Hopi tribal members living on reservation lands in northern Arizona. The tribal lands are known for their natural and cultural resources. As the local economy became more dependent on coal mining, tribal and community organizations began pressing for environmental justice and support from federal agencies including the Department of Energy (DOE), the Bureau of Land Management, and the Bureau of Indian Affairs.

Since Peabody Energy began mining coal in the Black Mesa region of the Navajo Nation in the early 1960s, the community has seen drastic changes. Black Mesa water resources have diminished at alarming rates, especially flows from local springs. The crisis spurred the community to seek protection for the waters that are an integral part of Hopi and Navajo traditions, and to the creation of the nonprofit organization Tó Nizhóní Ání (“Sacred Water Speaks”)* by Nicole Horseherder.

Water used in transportation of coal caused water levels of the Navajo Aquifer to decline which impacts springs and seeps. Tó Nizhóní Ání has been advocating for the Navajo Aquifer and surrounding environment for roughly 20 years, since the damage from Peabody’s coal mine operations became apparent in Black Mesa.

The mines have been closed, but the frontline communities are working to ensure that reclamation occurs. Former Hopi Chairman Ben Nuvamsa is among those urging for the lease of Kayenta Mine to be significantly revised, to bring about a more favorable outcome, such as a comprehensive environmental assessment to restore the land and groundwater  and an integration of tribal participation in the decision-making process to ensure that mine areas and lands are fully restored.

Percy Deal, a retired Navajo County supervisor, and Horseherder are keeping community members updated on progress. Since it’s possible that Peabody could file for bankruptcy again, community leaders are asking the federal government to take action to ensure that the land is actually reclaimed.

There are hopeful signs from the federal government; Wahleah Johns, a Navajo from the region who has worked with Tó Nizhóní Ání to move away from a fossil fuel-reliant economy on the reservation, has been named a senior advisor for the DOE’s Office of Indian Energy Policy and Programs.

Reclaiming the land from a fossil-fueled based economy is a first step; moving to a renewables-based economy that honors the community’s cultural values, teachings and language is the goal.

Education will be crucial. Horseherder has called IEEFA reports detailing the economic and financial impacts “weapons against continued fossil fuels.” Here, it’s worth noting that the word “weapon” in the Navajo language is analogous to the word “knowledge.”