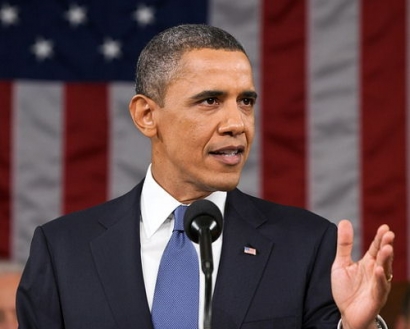 The Chicago Tribune quoted Mayor Rahm Emmannuel, saying, “President Obama helped lead the fight against climate change with bold and decisive action, and we are honored he will be joining the North American Climate summit where local leaders from around the world will make meaningful commitments to climate solutions.”

The summit brings together leaders from the United States, Canada and Mexico to articulate commitments to the Paris Agreement. Mayor Emanuel is joined by Mayor of Paris, Anne Hidalgo; Mayor of San Francisco, Ed Lee; Mayor of Mexico City, Miguel Ángel Mancera; Mayor of Montreal, Valérie Plante; Mayor of Vancouver, Gregor Robertson; Mayor of Phoenix, Greg Stanton; and nearly 50 Mayors from around the world for the 2-day event.

"From closing coal plants, to investing in electric vehicles and public transportation, to reducing electricity usage in our buildings, to updating streetlights across the city, Chicago is showcasing to the world the impact that cities can have on climate change for their residents and for people around the world,” said Mayor Emanuel. “I am proud to stand together with the leading global city climate networks including the Global Covenant of Mayors, Climate Mayors and C40 to take decisive action to improve our environment while bettering our communities, and that begins right here.”

“It is encouraging to see cities like Chicago take ambitious steps towards creating a 21st century sustainable economy for their residents while taking an active role in the global climate change conversation,” said Christiana Figueres, Vice-Chair of the Global Covenant of Mayors.

Mayors gathered for the summit will announce city-specific climate programs and policies and commit to working through existing organizations, including Climate Mayors, C40 Cities Climate Leadership Group, the Urban Sustainability Directors Network and ICLEI to develop partnerships with other cities. Commitments made under the Chicago Climate Charter will be clustered around central ideas and themes to better aggregate impact and provide guidance for Mayors who are looking to peers for new ideas.

“We are encouraged by these commitments to ambitious but practical climate solutions because expansion of clean energy and energy efficiency also creates jobs and drives local economies,” said Julia Stasch, President of the John D. and Catherine T. MacArthur Foundation, which is supporting the summit.

On the eve of the summit, The Field Museum hosted over a thousand civic leaders, community members, and representatives from 60 civic and environmental organizations from across the Chicago region to discuss ways to take action against climate change.

"Residents and community leaders play a crucial role in tackling climate change," said Debra Moskovits, Vice President of Strategic Science Initiatives at The Field Museum. "It's through neighborhoods, local organizations, businesses, and policy makers working together locally, that we can have a local and global impact. The Chicago Community Climate Forum made clear Chicagoans care deeply about climate issues and are ready to act."

The summit will also feature the fifth-annual C40 Cities Bloomberg Philanthropies Awards, celebrating the most innovative and impactful efforts by mayors to tackle climate change. Recognizing the increasingly important role cities must play in driving climate action in the United States, for the first time ever the Awards will celebrate one winner from a US city and one winner from the rest of the world.

The North American Climate summit is hosted by Mayor Emanuel, in concert with the Global Covenant of Mayors for Climate & Energy. The summit is supported by the Joyce Foundation, the MacArthur Foundation and the Crown Family Philanthropies.