Renewables sector ready for take off

Friday, 16 December 2011
1
Toby Price
In the renewables world, South Africa would be considered a trending topic on Twitter, after recent attention surrounding COP 17, and increasing news about the country’s efforts to ramp up its own renewables markets. Iberdrola and Nordex are two companies that great potential in the African nation’s renewable resources, having just announced plans to build a number of solar and wind facilities there. 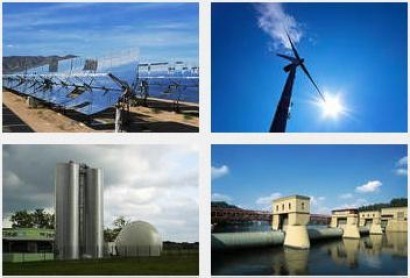 At long last the South African renewable energy industry is ready to take off. The South African Department of Energy announced the winning bids from the first round of tenders for renewable energy projects in the margins of COP 17 last week. 630 MW of wind projects and a similar quantity of solar photovoltaic (PV) projects plus 150 MW of concentrating solar power projects will start the ball rolling. It is envisaged that a further 2200 MW of renewable projects will be announced over the coming two years.

“We have lift-off”, said Steve Sawyer, Global Wind Energy Council’s Secretary General, commenting on the announcement. “The South African government is to be congratulated for taking the first step towards putting this country in a position to lead the energy revolution in Africa.”

South Africa’s Integrated Resource Plan, adopted in 2010, calls for 8400 MW of wind power over the course of the next 20 years, but assuming that the wind and solar sectors start to take off as expected, those numbers could rise substantially.

“Much of sub-Saharan Africa has tremendous wind and solar potential, a dynamic and growing economy and severe water shortages; perfect conditions to grow a renewable energy industry. We hope that South Africa will be the hub and driver of that development”, continued Sawyer. “Thousands of new high quality jobs and billions in investment based on the development of clean indigenous energy sources will provide a major boost to the fledgling economies in the region.” All of the winning bidders announced this month have six months to reach financial closure.

To achieve its renewables goal, South Africa will have to rely on outside help, as it currently lacks enough domestic renewables companies capable of developing major wind and solar projects. Indeed, companies from well-established renewables markets such as Spain, Denmark and Germany are already queuing up to start work on round one.

Spain’s Iberdrola Energineering has been chosen to build two wind farms and two photovoltaic plants in South Africa for a total amount of €265 million. In the first round of the country’s renewables programme, the South African electricity supplier Eskom has awarded the company photovoltaic projects with a total capacity of 631.53 megawatts (MW) and wind farm projects totalling 633.99 MW. These involve the construction of 8 wind farms and 18 solar plants.

Iberdrola Energineering will construct thefacilities through a joint venture with its South African partner Group Five. The developers making the bid in which Iberdrola Energineering and Group Five are included are the local company Biotherm Energy, chosen to build the 26.19 MW wind farm mentioned below, and Mainstream, one of the main renewable funds in the world, will build the other three projects.

The facilities that will be built by Iberdrola’s engineering subsidiary are the Dassiesklip wind farm (26.19 MW), the Jeffereys Bay wind farm (133.86 MW), the De Aar photovoltaic plant (48.25 MW) and the Droogfontein photovoltaic plant (also 48.25 MW). This means that of the eight winning wind project bids, two involved Iberdrola E&C-Group Five, with a capacity amounting to 25% of the total capacity awarded. In turn, the two solar plants to be built by the Spanish company account for 15% of the total capacity.

Construction of these renewable energy facilities makes Iberdrola Energineering the benchmark “turnkey” builder or EPC in the region, which will place it in a highly advantageous position when it comes to winning new projects in the following rounds or tenders.

The Danish wind specialist, Nordex, has also qualified as a preferred supplier for the construction of two wind farms with an installed capacity of a combined 174 MW in South Africa.

The first project "Dorper" comprises 40 N100s and is to be assembled in the interior of the country at an altitude of around 1,700 m. "Kouga" is the name of the second wind farm, which is to be built near the coast not far from Port Elizabeth and entails 32 N90s. Both contracts are turnkey projects. First of all, however, the term sheets must be finalised. Given the time-consuming infrastructure work, assembly work will not commence until mid-2013, with the projects to be handed over to the customer in early 2014.