Friday, 24 March 2017
0
Dan McCue
The Trump administration on Friday formally issued a permit to a Canadian energy firm to build the controversial XL pipeline. The move, which was announced early Friday morning, reversed the Obama administration's longstanding opposition to the project and represents President Donald Trump's latest move away from past policies intended to stem the tide of climate change. 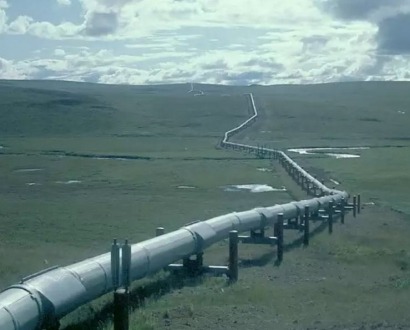 The fate of  the $8 billion project has long been seen as being at the front lines of the climate change debate, a battle that pitted the fossil fuel industry against green energy advocates and environmentalists.

Friday's action is President Trump's biggest embrace the oil and gas industry and the surest sight yet that during his presidency economic development will come before environmental concerns. It comes after the State Department, which had to review the project because it crosses an international border, concluded the pipeline serves the national interests of the United States.

In 2014, the Obama administration's State Department came to exactly the opposite conclusion.

In a statement Friday, Russ Girling, CEO of TransCanada, the Calgary-based firm that first applied for a presidential permit in 2008, said "This is a significant milestone for the Keystone XL project."

"We greatly appreciate President Trump's Administration for reviewing and approving this important initiative and we look forward to working with them as we continue to invest in and strengthen North America's energy infrastructure," Girling said.

But Greenpeace USA Executive Director Annie Leonard, one of the pipeline's most vocal opponents, said “The State Department just sent a signal to the rest of the world that the United States government is moving backwards when it comes to climate and energy.  The Trump administration may be furiously propping up an obsolete energy system at the behest of his fossil fuel cronies, but the majority of people in this country want action on climate change and want support for renewable energy.

"It takes money to build a pipeline, and the opposition movement to stop fossil fuel projects like Keystone will do everything it can to deprive TransCanada  of any new funding for this ill-fated and unnecessary pipeline. TransCanada may have a permit, but can they find the funding?" she continued.

Financial institutions should have learned by now that it’s risky to hitch themselves to a project that already faces historic on-the-ground opposition from private landowners and Indigenous sovereign nations and could unlock a massive environmental, health, and climate disaster. The world simply cannot afford to transport or burn the Canadian tar sands if we hope to have any chance at avoiding catastrophic climate change.  Keystone was stopped once before, and it will be stopped again,” Leonard said.

Greenpeace is now asking  Citi, JP Morgan, Wells Fargo, TD Bank and Bank of America to not provide financial services  to TransCanada that could help construct the pipeline.

The 1,700-mile (2,735 kilometers) pipeline will carry oil from tar sands in Alberta, Canada, to refineries along the Texas Gulf Coast, passing through Montana, South Dakota, Nebraska, Kansas and Oklahoma.

The pipeline is expected to move about 800,000 barrels of oil per day, more than one-fifth of the oil Canada exports to the U.S. Portions of Keystone have already been built. Completing it required a permit to cross from Canada into the U.S.