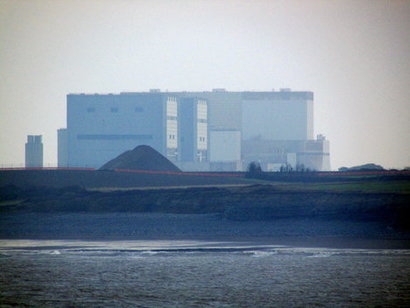 Not only this, but the forecasts predict that meeting these targets can be achieved at a lower cost compared to developing a new fleet of reactors.

“This latest forecast from Cornwall Insight marks a notable shift away from previous thinking that nuclear generation and new build plants are a crucial step towards meeting our carbon targets” said Ben Hall Head of New Business at Cornwall Insight. “However, continual improvements to the development and operation of renewable technologies such as wind and solar see them become increasingly cost-effective, allowing GB to meet its targets without the need for additional new nuclear capacity”.

Mr Hall added that despite the falling costs of solar PV, onshore and offshore wind and other low-carbon technologies, deployment may still need some form of support above and beyond the power markets and that captured wholesale prices for renewable projects will fall relative to baseload prices, leading to lower revenues because of what is commonly termed power price cannibalisation.

“From our modelling it is also evident that the combination of Capacity Market de-rating factors for renewables and projected clearing prices - even if they rise - is not going to be enough to encourage significant new-build merchant renewables” Mr Hall said. “Our analysis also raises questions about the operation of wider, traditional, thermal, baseload plant, with the Benchmark Power Curve modelling showing that in some scenarios there will be minimal additional combined cycle gas turbine (CCGT) deployment, with any new builds generally replacing older units rather than being additive. There is likely to be a shift in GB’s non-renewable generation, to being provided by interconnectors, reciprocating engines and open cycle gas turbines (OCGTs). To drive this new capacity an increase in the Capacity Market price will emerge.”