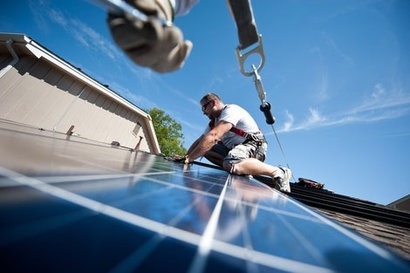 The statement sent to the MPs by the two UK trade associations is supported by Friends of the Earth and Greenpeace and calls for zero carbon homes standards to be restored to levels recommended by the government’s own advisers.

Previously, the UK had been on track to deliver genuinely zero carbon homes for new build in 2016. However, the standards have since been watered down such that the current proposals will save just a third of the carbon of homes built to 2006 standards.

The Infrastructure Bill creates powers for developers to pay into a pot instead of delivering carbon-cutting measures onsite. This means that purchasers of new homes will effectively be paying a carbon tax without enjoying the lower energy bills onsite measures can deliver for new homes. Several amendments have been tabled by different parties during the course of the Infrastructure Bill. These amendments seek to reinstate the Zero Carbon Hub's recommended carbon performance for new homes.

“With global temperatures at a record high this is not the time to step back from decarbonising our built environment” said Leonie Greene, Head of External Affairs at the Solar Trade Association. “Solar technology is now affordable and particularly cost-effective to install at the new build stage where it can be made visually very attractive. We're urging the Lib Dems to get behind the Labour drive to reinstate meaningful Zero Carbon Homes in the Infrastructure Bill. There is still a window of opportunity before the next election for the Lib Dems to deliver a really meaningful win.”

Emma Pinchbeck, Head of Climate and Energy Policy at WWF, added that at a time when people are struggling to pay their energy bills and the UK is showing climate leadership on the global stage, the country should be legislating for better housing, not worse. Reducing emissions from the UK housing stock is critical in tackling climate change. Doing so from newly built homes is much easier and cheaper than retrofitting at a later date, so it doesn’t make sense to make the job of keeping our homes warm and reducing the UK’s carbon emissions harder than it needs to be.

Zero Carbon Homes is in danger of becoming meaningless, according to REA Chief Executive Dr Nina Skorupska. The watering down of standards will mean that homes built after 2016 will have to be retrofitted in the future, storing up problems that will be more expensive to deal with.

Paradoxically the watering down of the Zero Carbon Homes agenda has come as the cost of solar PV - the most popular onsite technology - has plummeted. The STA has calculated that if solar is used to meet standards beyond minimum insulation levels there is only a few hundred pounds difference in building costs per home between the Hub's recommended standard and the Government's weaker proposals. The difference in cost would be quickly recovered in a few years by the home owner through lower energy bills.