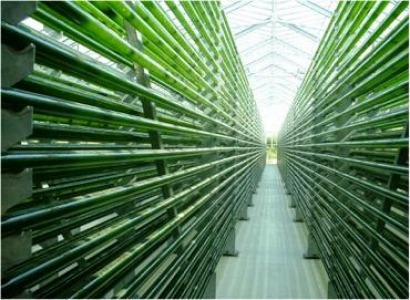 According to the agency, each of the projects has the potential to produce game-changing breakthroughs in energy technology, form the foundation for entirely new industries, and have large commercial impacts.

The selected projects encompass 11 technology areas in 24 states, and are in line with the Obama Administration’s all-of-the-above approach to solving our nation’s most pressing energy challenges, the agency said in a written statement.

“With ARPA-E and all of the Department of Energy’s research and development efforts, we are determined to attract the best and brightest minds at our country’s top universities, labs and businesses to help solve the energy challenges of this generation,” said Secretary Steven Chu.

“The 66 projects selected today represent the true mission of ARPA-E: swinging for the fences and trying to hit home runs to support development of the most innovative technologies," he added.

The projects focus on a wide array of technologies, including advanced fuels, advanced vehicle design and materials, building efficiency, carbon capture, grid modernization, renewable power, and energy storage. The projects were selected through a merit-based process from thousands of concept papers and hundreds of full applications.

ARPA-E’s previously selected projects have already made major progress, by demonstrating the world’s first 400 Wh/kg lithium-ion battery poised to revolutionize the electric vehicle industry; building a wind turbine, inspired by the design of jet engines, that could deliver 300 percent more power than existing turbines of the same size and cost; and engineering a high power laser drilling system that can penetrate hard rock formations over long distances and is ten times more economical than conventional drilling technologies.

Information on all projects announced today is available here.