Tuesday, 07 June 2022
0
Robin Whitlock
Despite growing momentum for the energy transition, several headwinds have emerged that could impede the rate of renewable growth and sidetrack progress on climate targets, according to a new analysis released today (7th June) by the American Council on Renewable Energy (ACORE). 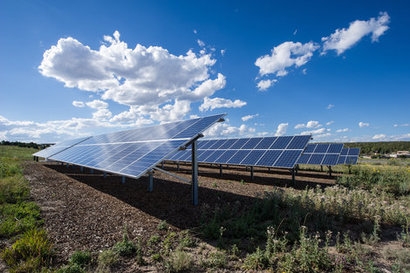 The report, Expectations for Renewable Energy Finance in 2022-2025, presents the results of surveys that were conducted with prominent financial institutions and renewable energy development companies both before and after the Department of Commerce initiated its solar tariff inquiry.

“It’s deeply troubling to see how confidence in the renewable energy sector, which was at an all-time high last year, has been undermined by the destructive tariff inquiry at the US Department of Commerce” said ACORE President and CEO Gregory Wetstone. “We are grateful for the vitally important mitigation measures the Biden administration provided the nation’s solar sector this week and look forward to getting back to business. As this report makes clear, we have lost precious time that we do not have in our efforts to achieve America’s clean energy goals and combat the climate crisis.”

The new report also tracks progress on the $1T 2030: American Renewable Investment Goal, an initiative ACORE launched in 2018 to help secure $1 trillion in private sector investment in renewable energy and enabling grid technologies by 2030. One trillion dollars of investment over 2018-2030 would represent more than double the historic annual investment in the US renewable sector in the years before the campaign launch and help put us on a trajectory toward meeting President Biden’s goal of a carbon-free grid by 2035.

The ACORE analysis finds the US has attracted $228.3 billion in renewable energy, grid-enabling technology and transmission for renewable integration investment from the launch of the campaign in 2018, which represents 23 percent of the $1 trillion campaign objective. To achieve the remainder of the goal, annual investment will need to increase to $96 billion through 2029, a 65 percent increase over 2021 investment levels.

Other notable findings include:

Investor companies representing $100 million or more of annual renewable energy investment report that 71 percent of their US solar investments, on average, are “at risk” due to the Commerce inquiry.

Both investors and developers emphasise direct pay as a solution to an impending tax equity bottleneck.

More than half of surveyed developers report plans to delay projects that were scheduled for completion in 2022 by a year or more because of supply chain issues unlinked to the Commerce inquiry. Forty percent of surveyed investors report delaying investment plans scheduled for 2022 by at least a year.

Investors ranked utility-scale solar, energy storage and commercial solar as the most attractive sectors for US investment over 2022-2025. However, respondents indicate the attractiveness of the solar sector has dropped post-Commerce inquiry.

Roughly two-thirds of investors and developers consider renewable projects in low-to-moderate (LMI) communities in their decision-making. Eighty-eight percent of developers report considering the inclusion of minority or women-owned businesses to some extent when selecting suppliers.

PJM was ranked as the most attractive power market for renewable energy over the next three years by both investors and developers.

The report concludes with the policy reforms and market drivers that ACORE is strategically deploying to achieve the accelerated sector growth necessary to meet the $1T 2030 objective and the Biden administration’s decarbonisation targets.