Tuesday, 15 March 2011
0
Despite the escalating nuclear power crisis in Japan, the Obama administration is insisting that nuclear power will remain a key component of America’s future energy mix, and will have a place along side the expanded use of renewable energy sources including solar, wind, and geothermal. 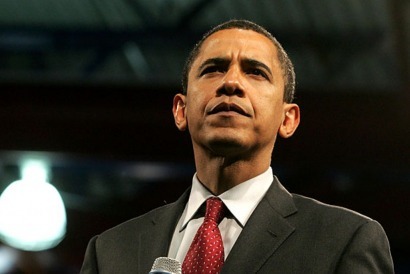 The ongoing emergency at the Fukushima nuclear power plant, which has been the scene of multiple explosions since last Friday’s 9.0 earthquake, has prompted the International Atomic Energy Agency to establish a 19-mile no-fly zone around the plant.

Also on Tuesday the US Navy reported very low levels of airborne radiation were detected at the Yokosuka and Atsuki bases it maintains about 200 miles north of severely damaged power plant.

Meanwhile, a number of nation’s that rely on nuclear power, among them Germany and Switzerland, said they will rethink their nuclear plans.

The Obama administration has been keen to vary the energy mix of the US, and has been announced a number of initiatives to fulfill that goal.

Among these is a 2012 budget proposal that includes a request for money to help develop small ‘modular” reactors that would by a utility and supply electricity to a government lab.

The US Dept. of Energy is hoping for $500 million over five years, half of the estimated cost to complete two designs and secure the Nuclear Regulatory Commission’s approval.

The reactors would be built almost entirely in a factory and trucked to a site like modular homes.

The administration has said its support for modular reactor development is a part of the federal government’s effort to reduce its carbon footprint by 28 percent by 2020.

"From a policy perspective, we will continue to operate our reactors and operate them safely,” said Deputy Energy Secretary Dan Ponemon during a briefing with reporters.

“We will continue to seek to build nuclear into a part of a responsible energy future, and we will uphold our confidence in the NRC to make sure that we always do so to the extent that it can be done safely," Ponemon said.

Several members of President Obama’s own Democratic party have called for a halt to new plants pending a review of construction methods and safety. Republicans, meanwhile seem to support the administration’s nuclear policy, perhaps most vocal among them US Senator Jon Kyl of Arizona, who has said he’s been ''very impressed'' with Japan's earthquake preparations.

A possibility beneficiary straddles worlds of nukes and renewable

In Europe, France has the most nuclear reactors, with 58 nuclear power plants generating 75 percent of its electricity. The United Kingdom is second with 19 plants, followed by Sweden with 10 and Germany with seven.

In all, of the 27 European Union countries, 15 have nuclear power plants, producing 30 percent of the region’s electricity.

The US has not commissioned a nuclear reactor for 15 years but has several on the drawing board, including one is set for start-up in US state of Tennessee in 2013, with two more being built in Georgia.

Another 21 are under consideration, spurred by incentives introduced after 2005 and President Obama’s decision last year to pledge billions of dollars in loan guarantees in a bid to push nuclear power as an alternative to carbon-emitting sources.

Among the beneficiaries of the renewed embrace of nukes in the US is Babcock and Wilcox, a North American firm that has ties to both the nuclear and solar power industries.

The company was one of the original vendors of commercial nuclear power in the US in 1960s, and it has since forged a close relationship with the US military as the builder of reactors for nuclear submarines.

After a brief hiatus from the commercial side of the industry, Babcock and Wilcox has returned to the marketplace with mPower, a modular nuclear reactor that the company said can run four to five years before needing refueling.

On the renewable side of the ledger, Babcock and Wilcox’s Power Generation Group has long history of producing steam from clean energy sources such as bagasse, wood waste and municipal garbage. More recently, it’s turned its engineering expertise to receivers designed to harness the sun’s energy to produce superheated steam to generate electricity.

It latest generation receivers integrate state-of-the-art boiler technology into a system that uses mirror-reflected sunlight as a heat source.

But with nuclear very much on people’s minds, it seemed natural to reach out to Rick Bonsall, vice president of Business Development at Babcock & Wilcox for the mPower project.

“We had gotten into renewables and other areas after a dip in the nuclear industry in the 1970s and early 1980s, but as we saw the resurgence of nuclear in America in recent years, we though a lot of our expertise would certainly apply,” Bonsall said.

“With mPower, we saw that there was an opportunity to supply something meaningful to the marketplace, and that was modularity and scalability,” he said.

“If we could do that, we knew we’d be a real player in the nuclear marketplace,” Bonsall added.

Not surprisingly, many of the same factors that have goosed the growth of renewable energy in recent years, has also been helping to revive the interest in nuclear.

“Part of it is tied directly to the ongoing issue of energy independence, part it relates directly to environmental concerns, and then there’s the whole issue of how we are going to generate base-load power, not only in the US but around the world,” Bonsall said.

“So it’s a whole bunch of factors, but together, they really have led to a nuclear renaissance,” he said.

Speaking shortly before the earthquake in Japan, Bonsall said he believed there will always be a place or large, gigawatt-sized nuclear power plants, but added that he saw them as directed at “some fairly unique circumstance”.

“With these large scale facilities, you’re placing them into an area that has a lot of load growth, a lot of transmission capacity and infrastructure, and given the financial issues related to building a plant like that, you really have to be a big company to handle that $8 billion to $10 billion investment,” he said.

The modular mPower reactor is about a 10th of the size of a nuclear power plant, more than 80 percent cheaper to build and install, and has a much smaller footprint, needing as little as 40 acres.

“Typically, we see then as being in the 100 MW to 200 MW range, and because they do have so few land requirements, you can locate them closer to the source of demand, something that’s an issue when it comes to large-scale wind farms, for instance,” Bonsall said.

Spent fuel will be stored onsite within the plant’s containment structure for the life of the plant, which Bonsall suggested will be about 60 years.

Babcock & Wilcox has already begun the licensing process for the mPower with the US Nuclear Regulatory Agency, and has even lined up its first customer, the Tennessee Valley Authority, a federally-owned utility that’s service area covers most of the US state of Tennessee, parts of Alabama, Mississippi and Kentucky, and small slivers of Georgia, North Carolina and Virginia.

Bonsall said because Babcock & Wilcox has the development, engineering and licensing processes underway and moving on parallel tracks, the company hopes to have that first plant online sometime around 2020.

At the point, early adopters of the technology will likely be utilities that already operate nuclear power plants, but are intrigued by a product that lower in cost, scalable, a faster project to build, and easier to finance than a traditional plant.

“The thing about small modular reactors is that you add more capacity as you need it, rather than building a huge facility and hoping the future matches your projections,” Bonsall said.

He said other possible early clients will be the operators of similarly-sized fossil-fueled plants confronting the costs of upgrading their emissions control systems.

Another possible deployment could be one in which a small reactor is coupled with a large scale wind or solar project.

“Renewables are good. Obviously, we’re involved with them, but the challenge you have with both wind and solar is that they are intermittent,” Bonsall said. “As a result, I could see a situation where solar or another renewable is layered atop a nuclear baseload.”

“That said,” he added. “I don’t think that vision or concept is what’s driving the interest in nuclear; rather, I think the renewed interest in the sector is inspired by it’s being base-load power with zero emissions.”

While Bonsall said he’s confident in the administration’s continued support in modular reactors -- the president and others seeing them as a potential boost to US jobs, US manufacturing and US exports as the world’s need for energy continues to grow – he admitted one never can tell what will happen during the federal budget process.

“I’m confident the US Dept. of Energy is excited about this, and that they intend to continue to provide some cost-sharing funding for various designs, but when it comes to sorting out the politics of federal budget making, I’m just like anyone else – I go home at night, listen to the news, then try to figure out what’s going on from there.

But if the president’s proposal already faced a contentious debate, the Japanese crisis has only heightened the stakes. Though much of the administration’s proposals are directed toward upgrading existing plants, opponents to nuclear power say a better investment is in solar or wind power research.

"We have put hundreds of billions of dollars of subsidies into the nuclear industry and we've spent a fraction of that trying to develop the kinds of energy sources that we desperately need. I think we need a major reordering of our financial priorities here," said Dr. Ira Helfand of Physicians for Social Responsibility

If anything, anti-nuclear pressures are building even faster in Europe.

"A clear lesson from Japan is that the last thing you need when trying to cope with a natural disaster is a nuclear crisis," said Greenpeace EU nuclear expert Jan Haverkamp. "It is important for Europeans to realize that you don’t need a big earthquake to cause a nuclear catastrophe. It’s time we moved away from dangerous and expensive nuclear and truly embraced renewable power.”

Thousands of German demonstrators urged the Merkel government of German Chancellor Angela Merkel to shut down nuclear power plants in their country.

The protests were staged in Berlin and other cities days after a powerful earthquake damaged nuclear plants in Japan and spurred fears of radiation there.

Thorben Becker of the Federation for Environmental Protection, an environmental group, told CNN today that the movement had received a major boost from the crisis in Japan.

Becker said more than 100,000 turned up in more than 400 cities. There were hundreds of people at the Berlin protests and shouts of "turn them off," a reference to Germany nuclear reactors, rang through the demonstration.

US Dept. of Energy